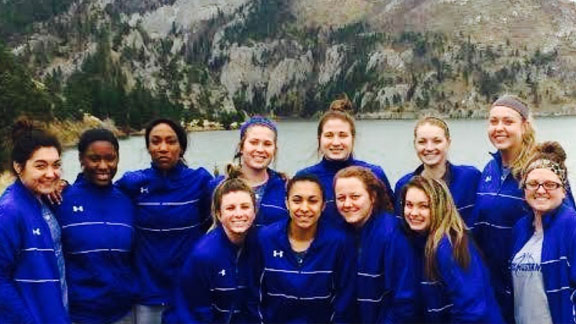 Havre, MT– After a season opening loss to NAIA #25 Carroll College, the Central Baptist Lady Mustangs found the battle uphill as they next met #16 Montana State University-Northern and Rocky Mountain College.  CBC fell to MSUN 89-46 and to RMC 86-47.

Rocky Mountain College was next up on Saturday night, again at Armory Gymnasium.  RMC held Central Baptist to 18 points in the first half in route to an 86-47 win.  The Lady Mustangs shot 29% from the field as Rocky Mountain shot 45.6%.

Karlie Senko and Ashlyn Allen both had 11 points to lead the Lady Mustangs.  Allen also led the squad with seven rebounds.