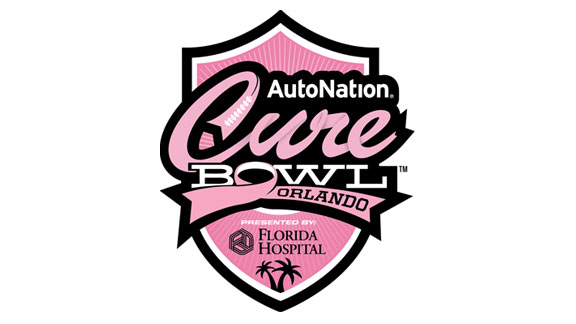 Arkansas State (8-5) forced three turnovers, blocked a punt for a touchdown and held UCF (6-7) to 223 yards of offense. The Red Wolves defense totaled six sacks and 11 tackles for loss in the outing, capping the last two outings with 14 sacks and 34 tackles for loss. 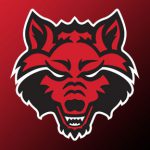 Sophomore quarterback Justice Hansen was 12-of-26 passing for 205 yards finding Sanders five times for three touchdowns and 127 yards. Hansen finishes the year with 19 touchdown passes, tied for the fourth-most in single-season program history. The 205 yards through the air helped A-State top 3,000 passing yards this season for only the fifth time in program history and second time under head coach Blake Anderson.

“We’ve leaned on our defense all year and that didn’t change tonight,” A-State head football coach Blake Anderson said. “Our defense played lights out and we knew that UCF had a very good defense and would make it really tough on us. Special teams play was tremendous and we made enough plays offensively to get out ahead. It was a big play to come out in the second half to get the throw and catch to Kendall. It was just enough against a really good defense. I hate we are going to lose some of these guys on defense because it was so fun to watch them play.”

Defense and special teams carried the Red Wolves to the Sun Belt Conference championship this year and A-State brought it in the opening four minutes of the game to grab a 7-0 lead. Rolland-Jones and Wilson combined to sack UCF on third down of the opening possession forcing the Knights to punt from the back of the end zone.

A-State was unable to take advantage of good field position offensively on the opening drive, but the Red Wolves pinned the Knights at the 15-yard line for their second possession. The defense again stepped up as Wilson registered a tackle for loss on first down and the Knights were forced to punt once again.

Johnston White rushed the edge on the punt and blocked it and B.J. Edmonds was the first of many Red Wolves to pounce on the ball in the end zone for the touchdown as A-State took a 7-0 lead with 10:59 left in the first quarter. The blocked punt was the 11th blocked kick in three seasons under head coach Blake Anderson and special teams coordinator Luke Paschall.

UCF was able to pick up a few first downs on their next two possessions, but the Red Wolves forced the Knights to punt each time. Blaise Taylor registered a 12-yard punt return with 6:18 left in the first quarter, breaking the school record for career punt return yardage with 754 yards.

The Red Wolves offense got going with a big 67-yard pass completion to Blake Mack, advancing A-State inside the 5-yard line, but UCF forced a field goal attempt. Sawyer Williams booted a 22-yard field goal, his first attempt of the season, to make it 10-0 with 4:24 left in the first quarter.

Following the field goal, special teams continued to make plays, forcing the first turnover of the game. Avery Johnson forced a fumble on the ensuing kickoff and Kirk Louis recovered the fumble to set up the Red Wolves at the Knights 16-yard line. Three plays later, Hansen hit Sanders with a perfectly thrown pass to the back of the endzone and Sanders got two feet down for the score to make it 17-0 with 2:48 left in the quarter.

UCF scored the next 10 points in the game, but A-State held a 17-10 lead at the halftime, but Sanders broke free for a 75-yard touchdown reception early in the second half. The quick scoring drive saw the Red Wolves take a 24-10 advantage just 51 seconds into the second half. The 75-yard touchdown pass and catch is the longest play in Cure Bowl history.

The Red Wolves took over at Knights 37-yard line and Hansen hit Sanders for a gain of 20 just before the third quarter expired. Hansen hit Sanders again for a 17-yard touchdown on the first play of the fourth quarter to put A-State up 31-13. UCF ran 15 plays in the fourth quarter, but A-State closed out the game by limiting the Knights to just 39 yards on those plays.

“It was an unconventional night, but we got it done,” said Anderson. “I’m really proud about how our players handled the week. They did a great job with the charity events and showed up in full force, not only showing up, but going above and beyond. It was a great trip, a great bowl, and there could not be a better way to end a season for a team that went through a lot of adversity. To come back and win eight games, it’s pretty cool. We had a blast tonight and this is one of the best trips I’ve had in my career.”

Making a sixth-straight bowl appearance, Arkansas State finishes the season, the sixth consecutive winning season for the first time since 1912-17. Arkansas State is home to the only FBS program to win five conference championships in the last six seasons.