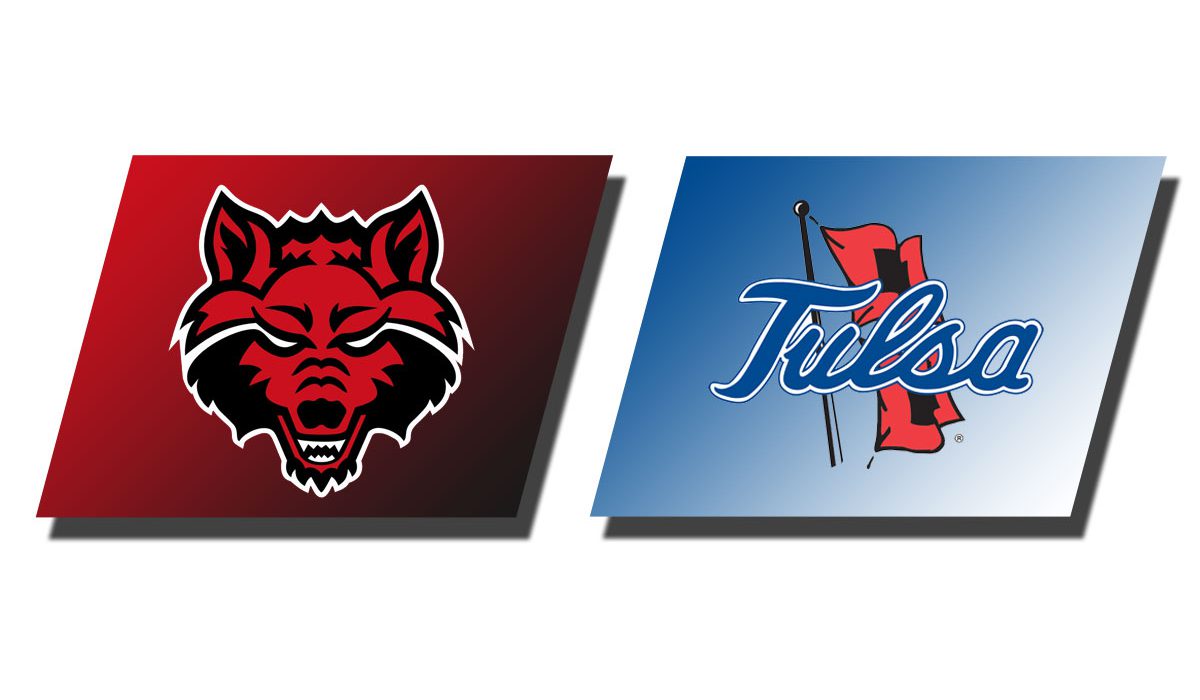 TULSA– The Arkansas State women’s basketball concluded the non-conference portion of its schedule with a 68-58 loss to Tulsa Friday afternoon at Donald. W. Reynolds Center on the campus of Tulsa University.

Jada Ford led A-State (5-6) with 17 points, while Akasha Westbrook added seven, but it was not enough as the team shot just 34 percent (19-of-56) from the field and could not overcome a late fourth quarter run for the Golden Hurricane.

Lauren Bradshaw, Morgan Wallace and Westbrook all finished with five rebounds to pace Arkansas State in the category, but Tulsa finished with a 40-34 edge on the boards as the Red Wolves struggled to make shots down the stretch.

A-State used a 7-0 run to erase a six-point deficit in the first quarter to take an 8-7 lead. Ford led the charge with a 3-pointer and a jumper to put the Red Wolves out in front. The advantage grew to 10-9 after four straight field goals.

Ford helped push the advantage to 21-19 at the end of the first quarter with 10 points as the team shot 54 percent from the field. The Red Wolves turned the ball over seven times in the opening 10 minutes, which gave the Golden Hurricane 10 points off the miscues, but A-State held an 11-6 edge on the boards.

Tulsa caught fire in the second quarter as A-State saw its shooting percentage take a hit. The Red Wolves shot just 28.6 percent from the field, while Tulsa hit 53 percent of its attempts.

The Golden Hurricane closed the gap to 26-25 with 5:35 left in the half, but Westbrook answered with a pair of free throw to push the lead to three points. Tulsa tied the game 28-28 with a trey from the corner, but Lycia Peevy and Starr Taylor each responded with tough shots in the paint make it a 32-28 game.

Arkansas State finished the opening half 10-of-25 (40 percent) from the field, while Tulsa made 16 of its 35 attempts (46 percent). A-State turned the ball nine times that resulted in 12 points for the Golden Hurricane, while Tulsa also turned the tide on the boards in the second quarter and finished the half with an 18-16 edge.

Arkansas State tied the game twice in the second half but never found enough offense to make a push to retake the lead. Payton Tennison gave the team a jolt of energy with a 3-pointer off a busted play to tie the game at 42-42 with 4:37 to go in the third quarter.

Tulsa responded, however, with a 6-0 run to go up 48-42. The Red Wolves closed to the gap to 50-47 by the end of the period and Tayton Hopkins tied the game to start the fourth quarter when she got a steal, a bucket and was made a free throw after being fouled.

The Golden Hurricane responded again with a 7-0 run after A-State went nearly four minutes without scoring. The dagger for the Hurricane came when Ebony Parker drained a 3-pointer from the corner to go up 62-54 with 3:09 left that came during the midst of 9-0 run to help put the game away.