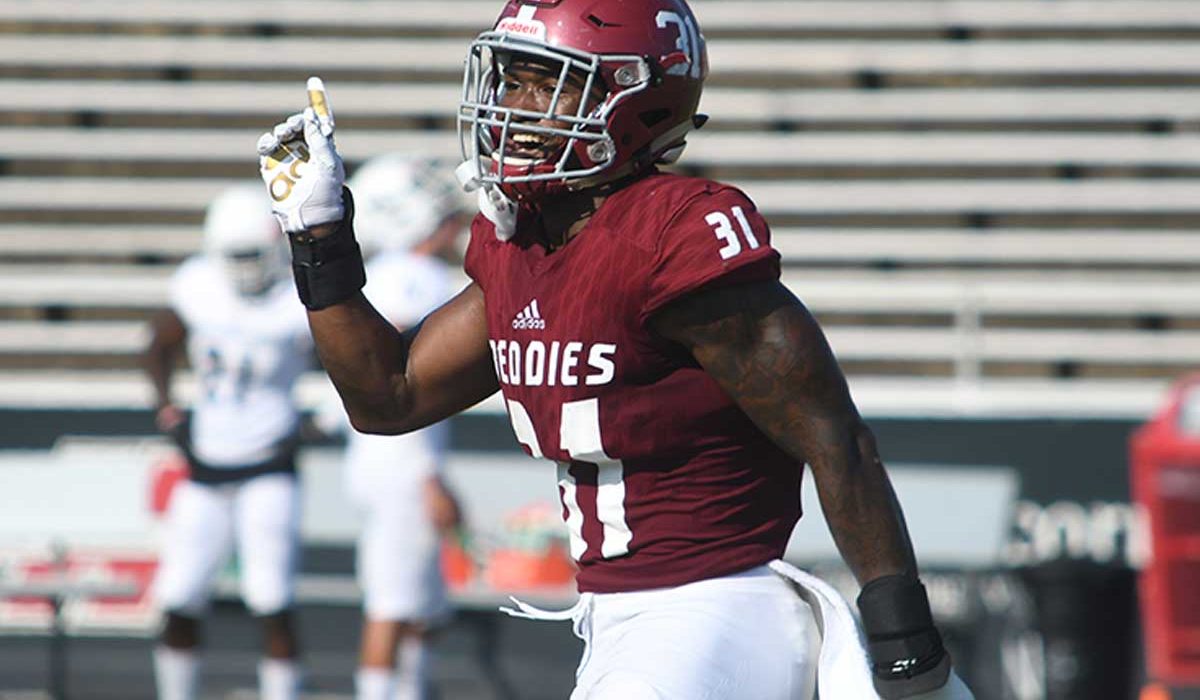 Anderson, who was a 2019 First Team All-Great American Conference selection, received recognition from the nation’s coaches after a spectacular final season with the Reddies. The native of Ashdown, Arkansas and Ashdown High School collected 77 tackles, 14.5 tackles for loss, four sacks, four interceptions and six passes defended as he helped lead Henderson to a 9-2 record and a berth in the Live United Bowl.

His remarkable statistical season helped Anderson become just the second player in the history of the conference to win three GAC Defensive Player of the Week awards in a single year. He finished second in the league in both tackles for loss and interceptions, and recorded a tackle for loss in each of the final 10 games of the regular season for Henderson.

Anderson was one of just two players from the GAC, and one of five defensive players from Super Region 3, to earn a spot on either of the two AFCA DII All-American teams. He is the sixth Reddie ever to earn AFCA All-American honors, joining Cody Mikell (2017), Darius Davis (2014), Rob Thomas (1996), Chris Carter (1993) and Todd Jones (1990).