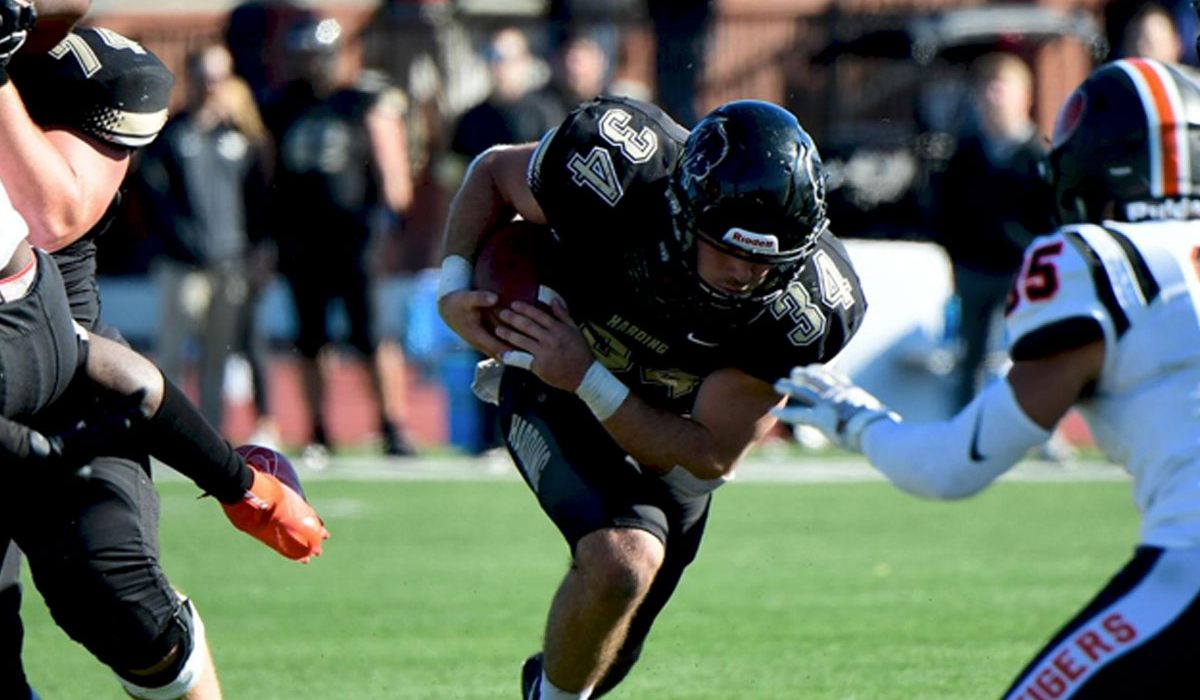 The football season will look a little different in 2020, but there will be plenty of great talent on the field. Here are some of the players to watch who will be competing with Arkansas colleges.

Harry Ballard III, Arkansas-Pine Bluff, WR, Sr.
The senior was an All-SWAC performer in his first season playing in Division I. Ballard recorded nearly 1,000 yards receiving on the year and had three multi-touchdown games in 2019.

Isaiah Bradford, Lyon, QB, Jr.
Bradford put together a solid passing season last year, but his leading receiver has gone on to the CFL and there is also a new head coach in Batesville. He has proven himself on the field, was great in leading the Scots in one of the biggest upsets of the year in the NAIA last season (an 18-14 win over OUAZ) and finds ways to distribute to ball to a multitude of different receivers.

Brayden Brazeal, Ouachita, QB, Jr.
Brazeal followed a GAC Freshman of the Year campaign without a sophomore slump and led the Tigers last season to another league title, Ouachita’s third in three years. The junior has rushed for just less than 900 yards in two seasons, but his efficiency passing is something to see. He connected on nearly 76 percent of his passes for 1,933 yards last year and had just three interceptions in 12 games.

Demilon Brown, Arkansas-Monticello, QB, So.
Another GAC Freshman of the Year makes this list, as Brown earned the honor for last season’s efforts. He wasn’t asked to pass the ball often (124 attempts), but he led a strong running attack that picked up more than 200 yards per game, at the top of his team’s list with 80 yards per contest. Brown could be the key piece to lift the Weevils into the upper portion of the GAC standings.

Cole Chancey, Harding, RB, Sr.
Running the offense it does, it is to be expected that a Bison would lead the GAC in rushing for the season. Chancey didn’t disappoint with 1,375 yards, picking up 5.8 per carry, and it was his second time in three years to lead the league in rushing yards. The two-time All-American has run for nearly 3,700 yards in his career and is a big factor in Harding’s attempt to make the D-II playoffs for a fifth straight year.

Tre Chism, Arkansas Tech, DL, Sr.
The senior has steadily improved with each season in Russellville and should a rock in the middle of the line for the Wonder Boys this year. Chism led his team in 2019 with 10.5 tackles-for-loss and had 5.5 sacks, which was tied for third in the GAC.

L’liott Curry, Henderson State, WR, Sr.
When Curry lines up on the field, the opposing defense has to take notice. The senior transferred to Henderson State prior to last season and had a stellar year, earning D2Football.com All-American status. Curry racked up more than 1,000 receiving yards in 2019 (1,167) and was top 10 in Division II in receptions per game (7.0) and receiving touchdowns (14).

Layne Hatcher, Arkansas State, QB, So.
After spending a redshirt season with the Crimson Tide, the most prolific passer in Arkansas high school history came back to the Natural State to get his college career going. He didn’t get his first start for the Red Wolves until Week Five, but he posted 2,992 passing yards for the season, averaging 299.2 per game, with 27 touchdown passes.

Tyler Hudson, Central Arkansas, WR, So.
Hudson had an impact in his first season in Conway, as he was named the Southland Conference Freshman of the Year and garnered Freshman All-America honors with Hero Sports. He had 55 receptions and 12 touchdowns, the second most receiving TDs in a season in UCA history. With Breylin Smith back at quarterback, the Bears are getting some preseason notice and it should be fun to see the numbers Hudson puts up in 2020.

Bumper Pool, Arkansas, LB, Jr.
Pool moved into a starting role in 2019 and was second on the team in tackles (94) and tied for second in tackles-for-loss (6.5). The junior is versatile and will see a lot of time on the field, playing also with the special teams unit.

Miles Thompson, Hendrix, QB, Sr.
The Warriors were so close to a trip to the playoffs with tough losses late in the season to finish 7-3. With Thompson back, Hendrix could be in position to make a run at a postseason berth in 2020. He led the SAA in completion percentage (66.2) and was second in the conference in passing yards (216.1) and has a solid receiving corps along with him again this year.

Antonio Washington, Southern Arkansas, DL, Sr.
Definitely a vocal leader for the SAU defense and will likely be so even more this year. Washington often takes up residence in opponents’ backfields. He recorded 13.5 tackles-for-loss and 3.0 sacks last season, and registered seven hurries.