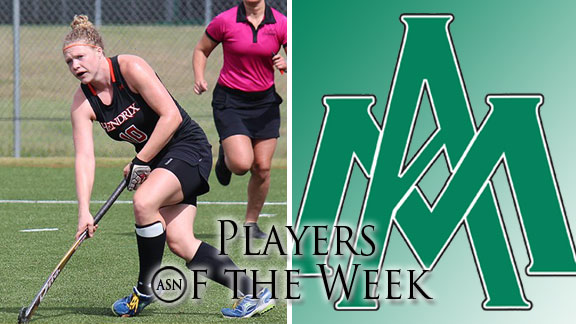 The senior became the field hockey program’s career leader in scoring on Sunday with two scores in a 7-3 loss to Denison. Reger now has three goals on the young season and 23 career goals to go along with 53 career points.

The Weevils came up short on Thursday night, but it was not without a valiant effort from the entire team. Credit though goes to the sophomore quarterback in his first start who passed for 533 yards and six touchdowns on the night. Sears completed 60 percent of his passes to 10 different receivers and had two of them (Jalen Tolliver and Nathan Crouch) surpass the 200-yard receiving mark. Four of those TD passes came in the fourth quarter as UAM mounted an incredible rally but lost on a last second field goal by Northwestern Oklahoma and the Weevils fell, 59-56.