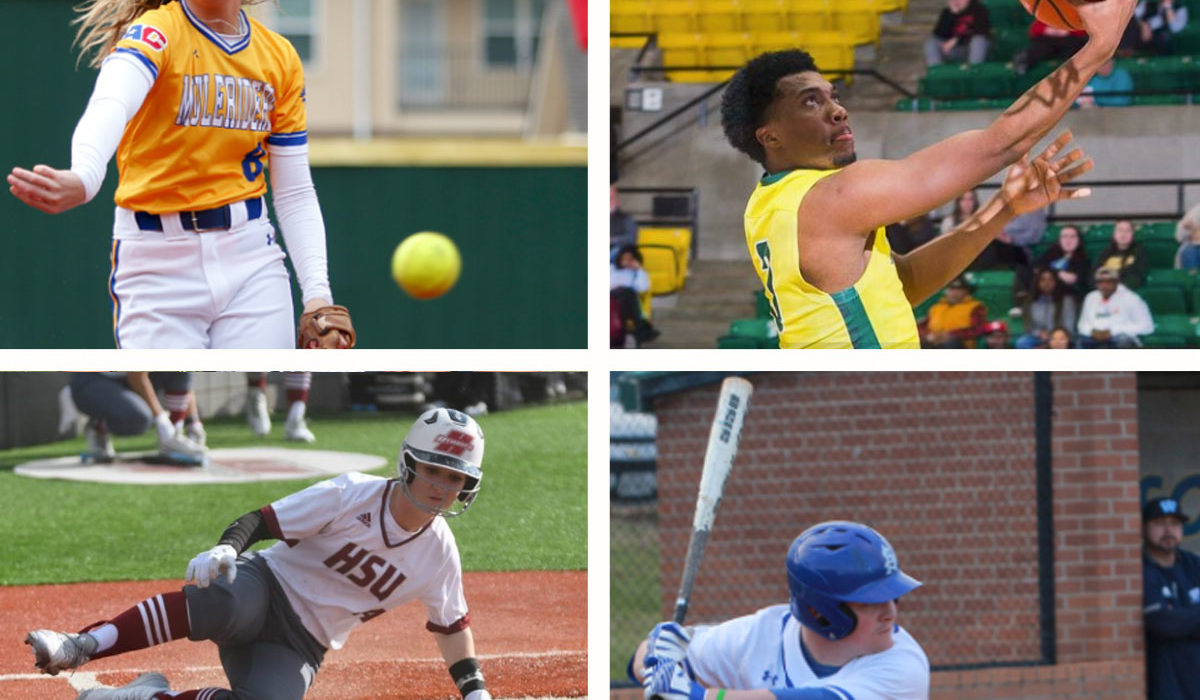 At the Ronnie Hawkins Invitational, Green hit .833 with a .917 on-base percentage in three games. She went 3-for-3 against Northeastern State and 2-for-3 against Southwest Baptist. The junior also scored three runs and drove in four runs. During the weekend, Green was walked five times and the speedster was 4-for-4 on stolen base attempts.

Against Southwest Baptist, Taylor opened her season by recording the fourth perfect game in school history and the sixth in GAC history, striking out 12 of the 21 hitters. She has now earned her 53rd win, putting her name at the top of the all-time wins list at Southern Arkansas.

Brown helped his team to a 2-0 weekend, averaging 21.5 points per contest. He also averaged 7.0 rebounds, and shot 61.2 percent from the floor, going 45.5 percent from outside the arc.

In the Muleriders’ season-opening series, King went 7-for-8 for an .875 batting average and had a .909 on-base percentage. He opened the series against Washburn, going 4-for-4 with a stolen base and run scored.