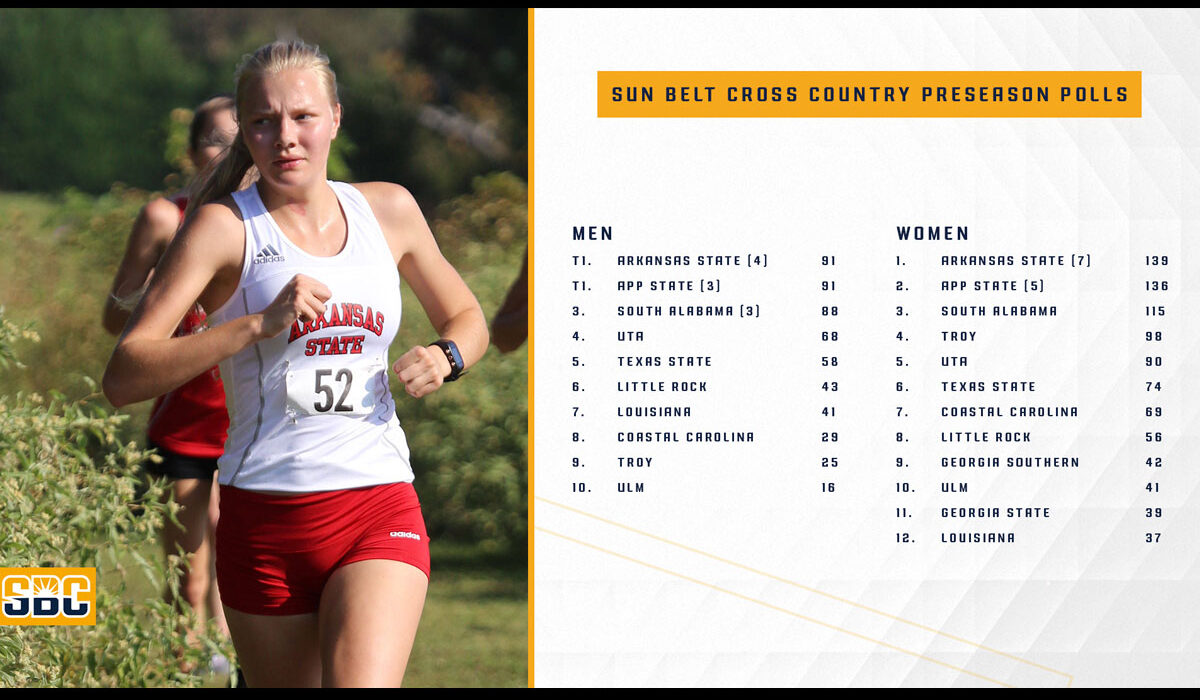 NEW ORLEANS – The Arkansas State men’s and women’s cross country teams have been predicted to win the 2021 Sun Belt Conference Cross Country Championships, as determined by a vote of the league’s head coaches. The Sun Belt on Wednesday released its 2021 Cross Country Preseason Coaches’ Polls.

The 2021 Sun Belt Conference Championships are set for Friday, October 29, at Brookley by the Bay in Mobile, Ala., hosted by the University of South Alabama.