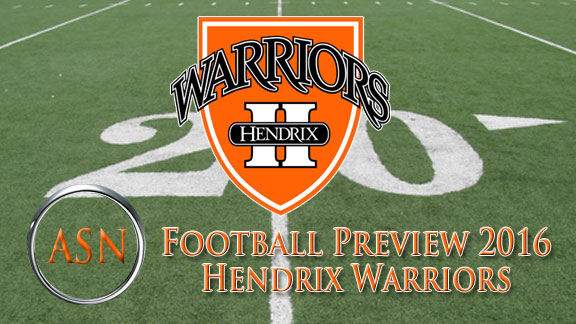 The Hendrix football program won three games in 2013, its first season back on the field following a hiatus of more than five decades. There was improvement to that record in each of the following seasons. Hendrix also earned a trip to the D-III playoffs. With 23 seniors on the roster in 2016, the setup seems to be one laid out for the Warriors to make a deep playoff run.

The only player on the HC roster currently listed as solely a QB, Seth Peters looks to follow a first team All-SAA performance and should break the 10,000-yard mark in passing yards before his senior year is done in 2016. The backfield is highlighted by senior Dayton Winn, who owns numerous school offensive records, was named an AP Little All-American last season and led D-III in all-purpose yards (248.4 ypg). The top five receivers from ’15 are all back, including junior Ben Leudtke, who had 720 receiving yards on 46 receptions. The offensive line is anchored by all-conference performers Brook Billings and Trent Middleton.

The defense looks to replace key players from last year’s squad. Any depth on the defensive front will be coming from young players. Junior linebacker Jake Brantley and senior defensive back Shaquille Grant tied for second on the team last year in tackles with 67 apiece and each return.

Winn also took care of business on punt return and kickoff return duty in 2015. Senior Steve Crenshaw was 6-for-13 in field goal attempts last season and made 47 of 54 PATs.

The schedule favors the Warriors as both teams that beat them in 2015 (Austin and Berry) come to Conway this year. Peters should be at full strength and Winn looks to shine in his senior year. The goal for this team won’t be just to make the playoffs, but to play for a title.