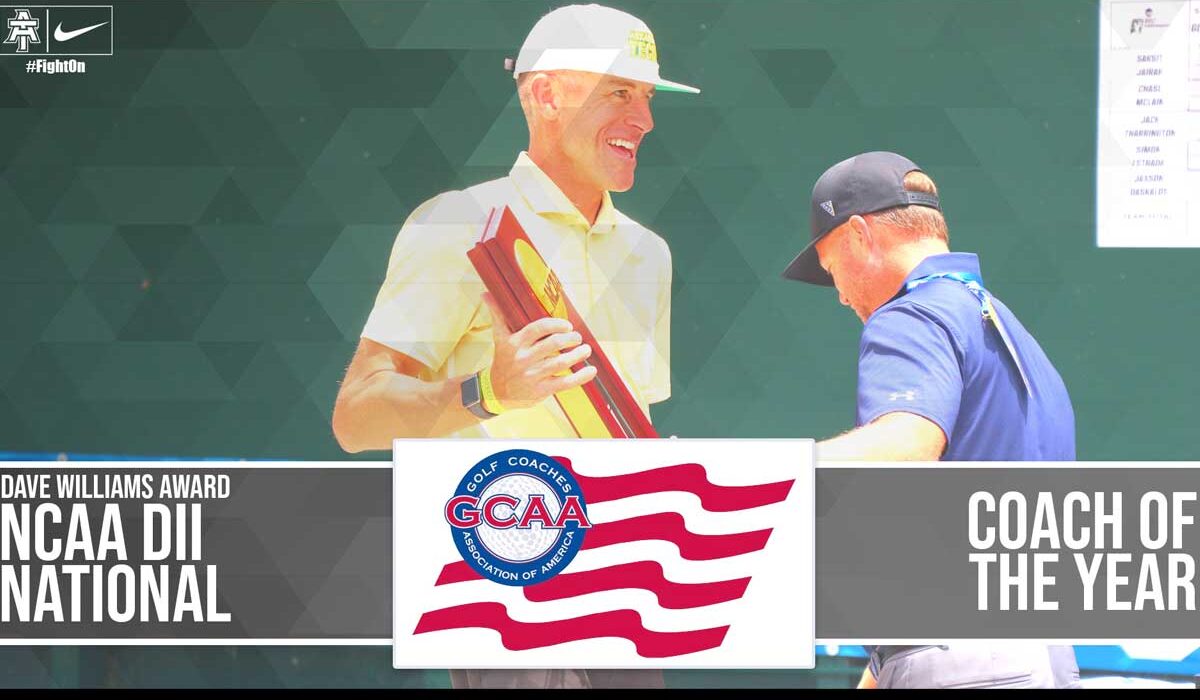 NORMAN, Okla. – A few short months after guiding his Wonder Boys golf team to their first-ever National Championship, it is finally official that Luke Calcatera is the NCAA Division II National Coach of the Year as it was announced by the Golf Coaches Association of America (GCAA) on Wednesday that he is the recipient of the 2021 Dave Williams Award, presented by Golf Pride Grips.

A finalist for the award in the COVID-shortened 2020 season, Calcatera and his Wonder Boys team put together a dominant 2021 season that culminated in the historic National Championship.

In their quarterfinal round match, Calcatera and the Wonder Boys took down Central Region Champion, Central Missouri to advance to the program’s second-ever semifinal round. In that round, the Wonder Boys were paired up with perennial powerhouse West Florida, who had spent much of the year as the No. 1-ranked team according to Golfstat.

The Wonder Boys, who at that point had rose to the No. 4-national ranking according to GolfStat, were unfazed by facing the Argonauts and exacted a bit of revenge as they were swept by West Florida in the quarterfinal match back in 2019. In 2021, the Wonder Boys were in position to return the favor with a sweep, but UWF managed to win a match and draw another to make the overall team match appear close, 3-1-1.

The overall dominant performance in the semifinals propelled the Wonder Boys into their title match with Georgia Southwestern.

Fitting for a National Championship match, the overall team match was not decided until the very end and came down to the final individual match and the final two holes, of which Calcatera and the Wonder Boys would emerge victorious.

In addition to the team achievements on the course in 2021, Calcatera and his lineup of golfers racked up individual honors from the conference level to the national level. At the conference level, Calcatera won his fifth GAC Coach of the Year while all five golfers earned all-conference honors. At the regional level, four of the five golfers earned all-region honors and at the national level, the Wonder Boys had four earn All-America honors as well.