Back-to-back for the Purple and Black 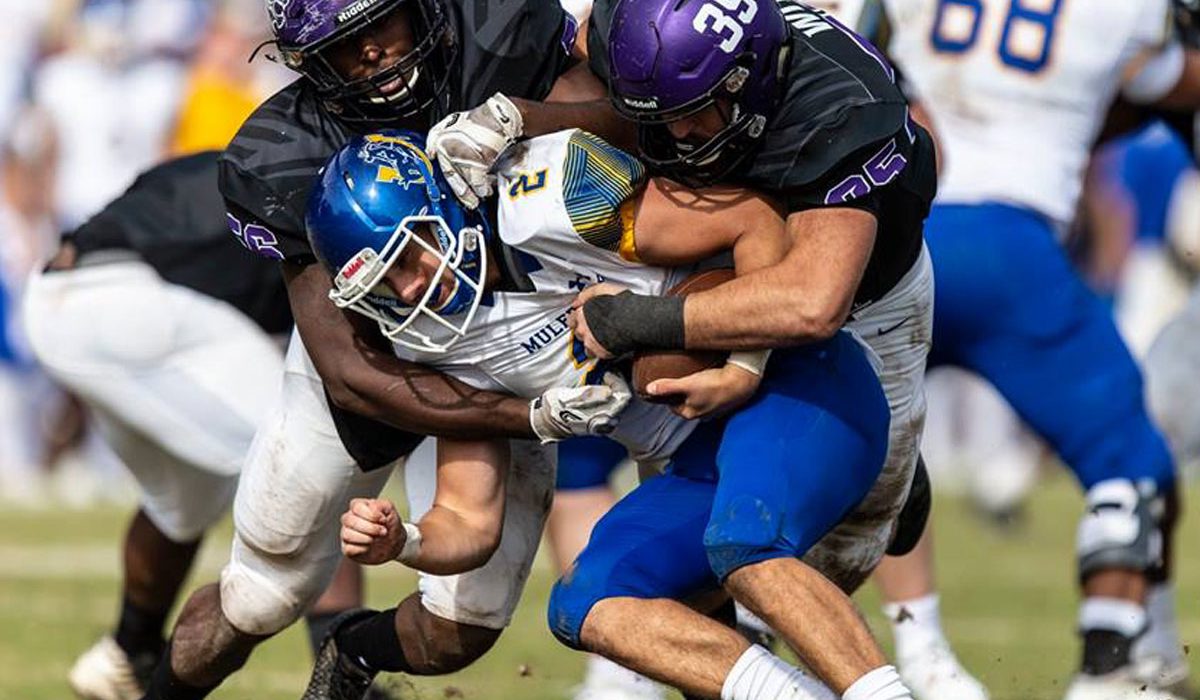 For the fourth time in eight years, the Tigers can lay claim to the Great American title. The GAC championship has only left the city of Arkadelphia once during the Great American Conference era. This is the second time in four years the Tigers have started a season 10-0, Ouachita will look to end the regular season perfect for just the second time in school history. A win over rival Henderson State next weekend will give the Tigers a school record 11 wins in a season.

The Ouachita faithful came out in full support as the defense held another opponent to just 10 points in the game. Ouachita (10-0) this season has outscored opponents 183-25 inside the confines of Cliff Harris Stadium. The Tiger defense showed why they are one of the toughest in the nation as the defensive line wreaked havoc in the Southern Arkansas (8-2) backfield all day. The Ouachita defensive line produced four sacks in the contest and sophomore linebacker Austin Guymon (Little Rock, Ark.) led the team in tackles with eight and intercepted the Tigers 17th pass of the season to close out the game.

The Tiger offense stayed true to form as they established the ground game early and often in the game. Ouachita rushed for 240 yards in the game and four of the five scores game on the ground. Junior running back Shun’cee Thomas (Bossier City, La.) led the charge in the running game with 132 rushing yards and two scores. Kris Oliver (Arkadelphia, Ark.) added 75 yards in the contest while Brockton Brown (Sheridan, Ark.) and Brayden Brazeal (England, Ark.) each scored during the game.
Brazeal also stayed consistent in the pocket, going 4-for-5 and throwing for 104 yards. The bulk of those 104-yards came from a 66-yard touchdown reception by Drew Harris (Benton, Ark.) in the opening quarter.

The special teams units made a big impact on the game as the Tigers were able to consistently pin the Muleriders back inside their own 20-yardline. On the opening possession of the fourth quarter, the Muleriders offense set up for a 31-yard field goal but defensive back Keandre Evans (Junction City, Ark.) blocked the kick attempt and Tyrik Harris (England, Ark.) recovered the loose ball for the Tigers.

First Quarter: Ouachita 7, Southern Arkansas 0
Southern Arkansas won the coin toss and elected to defer until the second half. On the Tigers, first drive of the game it appeared that it was going to be a battle from start to finish as the Ouachita running backs only gained minimal yardage against a stout defensive front. On third down Brazeal threw an errant pass but a roughing the passer call gave the Tigers new life. Ouachita was able to make at all the way down to the Mulerider 35-yardline but a 9-yard sack by Kobe McDonald forced the Tigers to punt the ball away.

Jake Ford (Australia) pinned the Muleriders inside the 20-yardline to begin their opening drive. Southern Arkansas appeared to be at ease as they executed on short and medium passes all the way down the field. Standing at the Ouachita 39-yardline, defensive lineman Dameyun McDonald (Helena, Ark.) came off the edge and sacked Barrett Renner for a 10-yard loss.

Renner then stepped in and completed an 18-yard pass to put the Muleriders in third and short situation. A run by SirCharles Perkins only gained a yard on the play and set up a pivotal fourth down. The Muleriders elected to go for it and linebacker Airric Parker (San Diego, Calif.) came up with the tackle for a loss to set the tone for the Tiger defense early.

Ouachita took over with 2:44 remaining in the opening quarter and appeared to be headed toward another three and out. Then Brazeal on third down found Harris on a post route in the middle of the field and Harris took it 66-yards to the endzone for the Tigers first score of the game.

Second Quarter: Ouachita 14, Southern Arkansas 3
Southern Arkansas responded to the 66-yard strike with another long and methodical drive by their standards and made it all the way down to the Ouachita 20-yardline. Once again, the defense came up big on a third down and one play, as Evans tackled Lorenzo Alexander for a loss. This time however the Muleriders elected to take the points and converted on a 39-yard attempt.

On Ouachita’s opening possession of the second quarter the offense seemed the most balance all game with a steady diet of runs and passes mixed in. Brazeal hooked up with Allie Freeman (Little Rock, Ark.) for a 16-yard gain to put the Tigers near midfield. A few plays later Oliver broke a 20-yard run and the Tigers setup inside the Muleriders redzone. Brown scored on the 12th play of the drive that elapsed six minutes in total playing time.

The Muleriders tried to score some quick and easy points in the closing moments of the second quarter but a botched snap by the center on a third down play ensured that the Muleriders would come away empty handed for the third time in the game.

Third Quarter: Ouachita 21, Southern Arkansas 3
Southern Arkansas got the ball first in the second half and was unable to get anything going. It helped that Ouachita defensive lineman Parker Witt and McDonald stormed the backfield on a third down play to back the Muleriders up inside their own five-yard line.

Jordan White narrowly avoided a safety as he kicked the ball to the Southern Arkansas 40-yardline. On the first play from scrimmage for Ouachita, Oliver broke a 24-yard run and two plays later Thomas put the Tigers up 21-3 with his first touchdown of the game.

Fourth Quarter: Ouachita 35, Southern Arkansas 10
Southern Arkansas appeared to be poised to grab points on a drive that lasted the last part of the third quarter and bled into the fourth quarter. The Muleriders marched the ball down all the way to the Ouachita two-yard line, but the center snapped the ball over the quarterbacks head and the Tigers pulled the momentum back into their favor. The Tiger defense forced the Muleriders to attempt a short field goal attempt, but Evans came through untouched and blocked the kick.

Two plays later Thomas broke a 74-yard run down the left side of the field giving the Tigers a first and goal at the four-yard line. After a five-yard penalty moved the Tigers back to their own eight-yard line, Brazeal ran the ball in from eight-yards out to extend the Tiger lead.

The Muleriders then marched down the field on an 8-play, 75-yard drive and scored their only touchdown of the game. A one yard run from Dennis Daniels, which brought Southern Arkansas within 18-points of the Tigers.

A failed onside kick attempt set the Ouachita offense in prime field position. The Tigers looked to run out the clock, but on a second down play from the 19-yard line, Thomas scampered in for his second score of the night. The touchdown put the nail in the coffin for the Muleriders.

Southern Arkansas put in their backup quarterback in the final moments of the game and Guymon came away with an interception that cemented the Tigers second consecutive GAC Championship.

Ouachita will travel across the street next week to face off against Henderson State in the Battle of the Ravine game. The Tigers will look to end the regular season undefeated for just the second time in school history. For all the latest news on the Ouachita football team, follow the official social media accounts of Ouachita athletics.