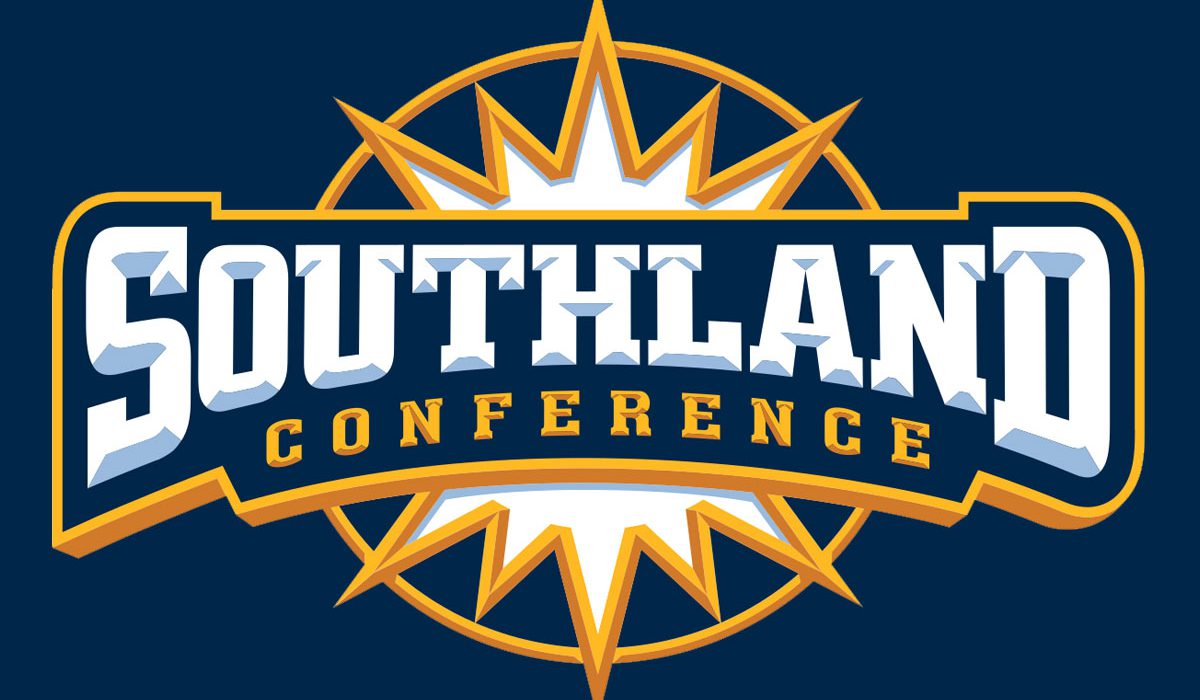 HOUSTON – The University of Central Arkansas Bears were the third choice in the 2018 Southland Conference preseason football poll released Thursday as part of the SLC Football Media Day activities.
The Bears, the defending conference champions, were third behind Sam Houston State and Nicholls State. SHSU received 187 total points and 10 first-place votes, while Nicholls got 173 and six first-place vote. UCA came in with 170 points and five first-place votes, while fourth-place McNeese State picked up the other first-place vote.
“We’re obviously excited to be considered in the top half of the conference,’ said first-year UCA head coach Nathan Brown, who has transitioned from his role as the Bears’ offensive coordinator. “I think the conference has a lot of quality talent coming back this year. You think about Nicholls and their quarterback coming back, McNeese and their quarterback back, and the tradition of Sam Houston.
“But preseason polls don’t really mean much to us. We’re working hard, building off our 2017 Southland championship. Hopefully this will be somewhat of a motivation to our players, our student-athletes, each and every day, knowing that we have a very good team coming back and we’re working toward competing for another Southland Conference championship.’
UCA, which had a perfect 9-0 record in SLC play last season, opens the 2018 season at FBS Tulsa on Sept. 1 in Tulsa. The Bears host non-conference Murray State in Week 2 before opening SLC play on Sept. 15 at Southeastern Louisiana in Hammond, La.
The Bears were represented at Media Day by junior running back Carlos Blackman from Gosnell, Ark., and junior defensive end Chris Terrell from Pensacola, Fla. Both are first-team preseason All-SLC selections, two of the 11 preseason honorees for the Bears.
Blackman heads a deep and talented offensive backfield that feature last season’s SLC Freshman of the Year Kierre Crossley from Everman, Texas, along with senior Cedric Battle, among others. Those running backs will be playing under Brown in a different role, and new offensive coordinator Ken Collums, another former UCA quartetback like Brown. UCA’s new running backs coach Taylor Reed and tight ends coach Ryan Howard are also former UCA quarterbacks.
“Coach Brown actually recruited me,’  Blackman said, “so we’ve always had a good relationship. So him moving to head coach instead of offensive coordinator is more of a good thing than a bad thing for me.
“(Our depth) is basically a secret weapon but not really a secret. Because we have so many options and people are always fresh and ready to go because there are so many of us. Everybody can do what they need to do to make us successful.’
Terrell teamed with defensive tackle Eric Jackson for 38.5 tackles for loss and 22 sacks between them last season, on one of the best run defenses in the nation. He credits teamwork for that success.
“The key is just putting in the work,’ Terrell said, “and having pride in stopping the run. And now we have some young guys who I think are ready for the challenge. I think they’ve just been waiting for their opportunity. Eric and I have a little bit of competition between us. That’s how it’s supposed to be, to bring out the best in both of you. We just push each other, and try to push everyone around us, to get better every day. That’s our job, that’s our role on this team.’