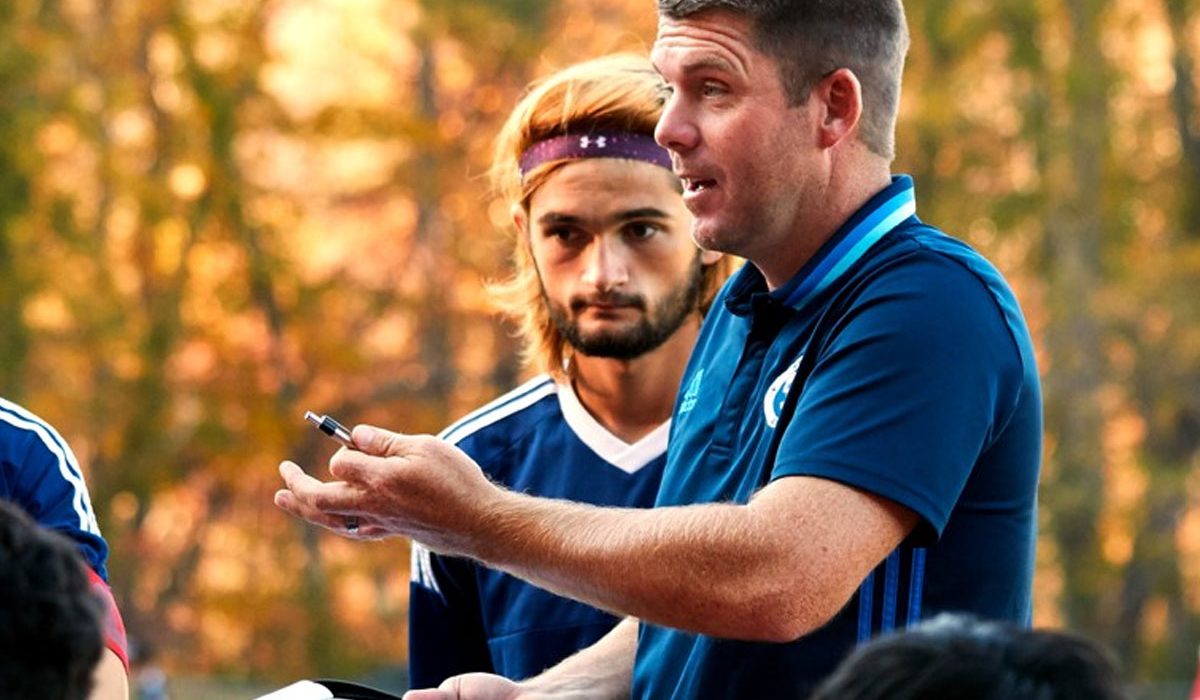 Benware will now relocate from Montreat, N.C. to Siloam Springs to inherit a team fresh off its fifth-ever appearance in the NAIA National Championships, just one month away from players reporting for fall training camps.

“We are excited to welcome Brenton and his family to JBU,” Daugherty said. “Brenton is a great fit for JBU because of his focus on excellence on and off the field. We believe that JBU soccer will continue to be a strong contender in the Sooner Athletic and the NAIA under Brenton’s leadership.”

Benware most recently served as the head coach at Montreat (N.C.) where he spent a total of six seasons, from 2008-2010 and again from 2014-16, totaling a 53-48-6 mark (.523). Leading the Cavaliers, he coached 14 All-Appalachian Athletic selections in addition to a two-time AAC Player of the Year, two AAC Freshmen of the Year and an NAIA All-America honorable mention.

The Cavaliers made some noise over the six seasons, knocking off a pair of top-25 opponents, including a watershed 1-0 win at then-No. 1 Lindsey Wilson (Ky.) in 2008, part of a seven-match winning streak. That same season, Montreat climbed as high as No. 11 in the weekly NAIA coaches’ poll.

From 2011-13, Benware made his way to Williamsburg, Ky. to lead Cumberlands for a trio of seasons, combining for a 27-21-4 (.598) record and knocking off six top-25 opponents in the fierce MidSouth Conference.

Perhaps most impressively, during his career, Benware has coached student-athletes that have combined for 45 All-Conference Academic accolades over the past nine seasons, including over a dozen NAIA Scholar-Athletes.

Once recruited by legendary head men’s soccer coach Bob Gustavson, Benware chose to play collegiately at Oklahoma Wesleyan and, before his graduation in 2002, amassed a trio of All-Midlands Collegiate Athletic Conference selections and an NCCAA All-America distinction as a senior.

Just two years later, OKWU tapped Benware to head both the men’s and women’s soccer programs. He coached both teams for a pair of seasons before guiding the men’s team for another two from 2006-2007.

Benware also earned a Master of Arts in Christian Leadership from Liberty University in 2010 and holds NSCAA National, Advanced National and Premier Diplomas.

While often tapped to rebuild programs and restore team culture, Benware instead takes over a Golden Eagle squad that posted a 13-4-2 mark in 2016 and returns seven All-Sooner Athletic players, including four first-teamers, the Player of the Year and the Goalkeeper of the Year.

“I’m excited to join the JBU community and to play a role in higher education where Christ is raised over all,” said Benware. “The soccer program, and JBU athletics overall, have had great success over the years. I look forward to joining in the pursuit of excellence and to striving towards great accomplishments as a soccer program.

“Our men’s soccer team has a challenging schedule ahead, but I’m confident our group is up for that challenge. I can’t wait to get working with the team.”

The 2017 slate for John Brown features four teams that appeared in the coaches’ top-25 last season, three matchups of which will be played away from the friendly confines of Alumni Field, where JBU posted a staggering 10-1-1 mark in 2016, allowing just three goals in 12 contests (0.25 goals-against per game).

The Golden Eagles open up the 2017 season at Alumni Field in the annual First Game Under the Lights on Friday, August 25, at 7:30 p.m.