Blue Hornets have huge second half in win over Wildcats 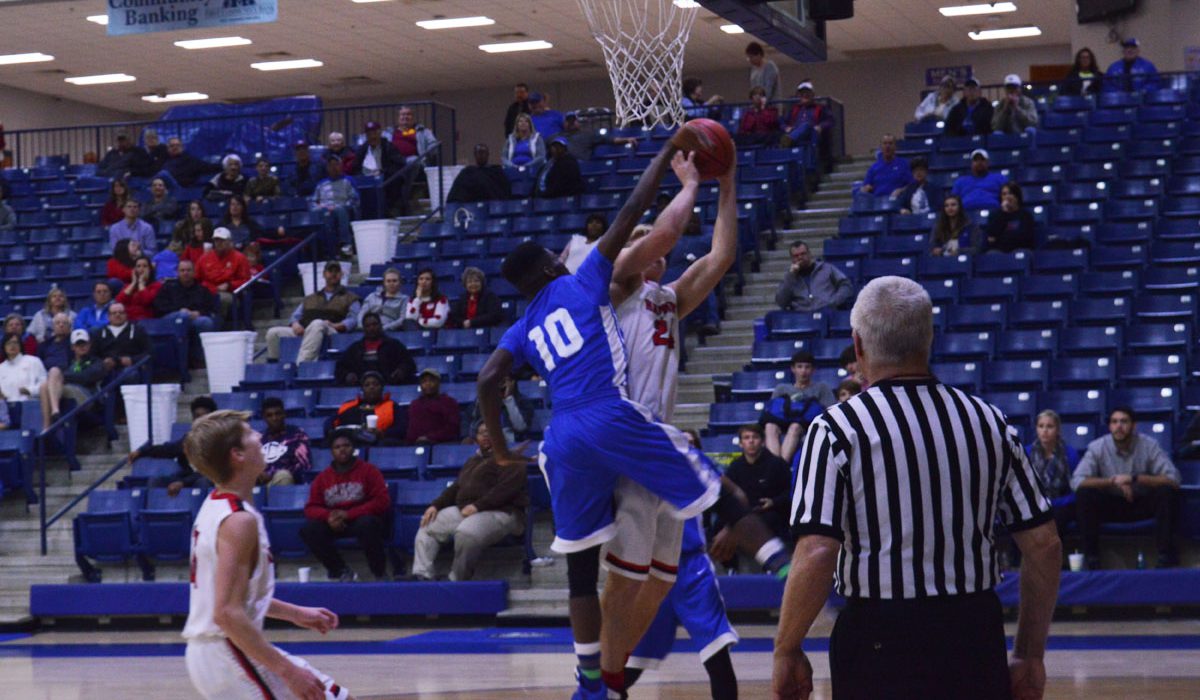 BALD KNOB — The KIPP Delta Blue Hornets defeated the Harding Academy Wildcats, 69-51, in the first round of the 3A-2 District Tournament on Feb 15. Shamarkus Otey and Dilland Bryant led the Blue Hornets to victory, scoring 21 and 16. Wildcat Travis Turley led all scorers with 22.

The Wildcats played without star point guard Brady Palmer due to a wrist injury suffered at the end of the regular season. According to a team source, Palmer tried to shoot in practice but felt too much pain and could not play.

The loss ended the Wildcats season. They finished the year 18-9, 14-4 in conference.

The game was a tale of two halves. The Blue Hornets took a 25-23 lead into halftime but outscored the Wildcats 44-28 in the second half.

Blue Hornets coach Phillip Lockhart said he told his team at half to focus on playing and not worry about anything else.

“I told them to stop acting like they were the coaches and referees,” Lockhart said. “If everybody does their job and executes, we’ll be okay.”

The Blue Hornets started the fourth quarter with a 44-37 lead. The Wildcats pulled within five after Peydon Harlow connected on a three at the top of the key to make it 46-41 with 5:51 remaining. The Blue Hornets responded by scoring the next four points, including an acrobatic layup by Khalib Keys to make it 50-41 with 3:59 left.

The Wildcats whiffed at their comeback chance when they missed back-to-back 1-and-1 attempts late in the fourth. Pate Fullerton missed the first 1-and-1 attempt but the Wildcats got the rebound and Travis Turley was fouled and put to the line where he also missed his first free throw.

Otey hit two free throws soon after to extend the Blue Hornets lead to 11 to make it 54-43 with 2:41 left. The Wildcats would not get any closer.

Turley got the second half going with a post move score to tie it at 25 with 7:47 remaining in the third. Bryant responded on the next possession with an electric dunk to give the Blue Hornets the 27-25 lead. He had three dunks in the game.

Both teams battled until the Blue Hornets began to pull away after being tied 32-32 with 4:51 remaining in the third. The Blue Hornets went on a 6-0 run, with all three baskets scored by three different players, making it 38-32 with 3:36 left.

Bryant made jaws drop after he caught a pass under the right side of the basket and took one step and dunked over Turley while being fouled. Bryant missed the and-1 attempt, but stretched the Blue Hornets lead to 44-37 heading into the fourth.

The Blue Hornets trailed 15-10 at the start of the second quarter, but went on a 9-2 run to take a 19-17 lead with 4:38 remaining. Otey highlighted the run, converting on an and-1 running floater off the glass that tied the game at 17-17. The Wildcats turned the ball over on the next possession, which led to a left handed lay-in for Keys that gave the Blue Hornets the 19-17 lead with 4:38 left.

Kage Citty responded to the Blue Hornets run with an up and under layup to tie the game at 19-19. Bryant gave his team the lead after he got an offensive rebound and scored to make it 25-23 Blue Hornets with 13 seconds remaining in the second.

The game was tied at 4-4 early in the first quarter before the Wildcats went on a 9-2 run. Davis Morgan scored seven of the Wildcats nine during the run. Bryant halted the run in a big way after he connected on an uncontested dunk up the middle to make it 13-8 with 1:45 remaining in the first.

The Blue Hornets will take on the Marianna-Lee Trojans in the second round on Feb 17 at 8:30 p.m. at the Bald Knob Bulldogs Gym.