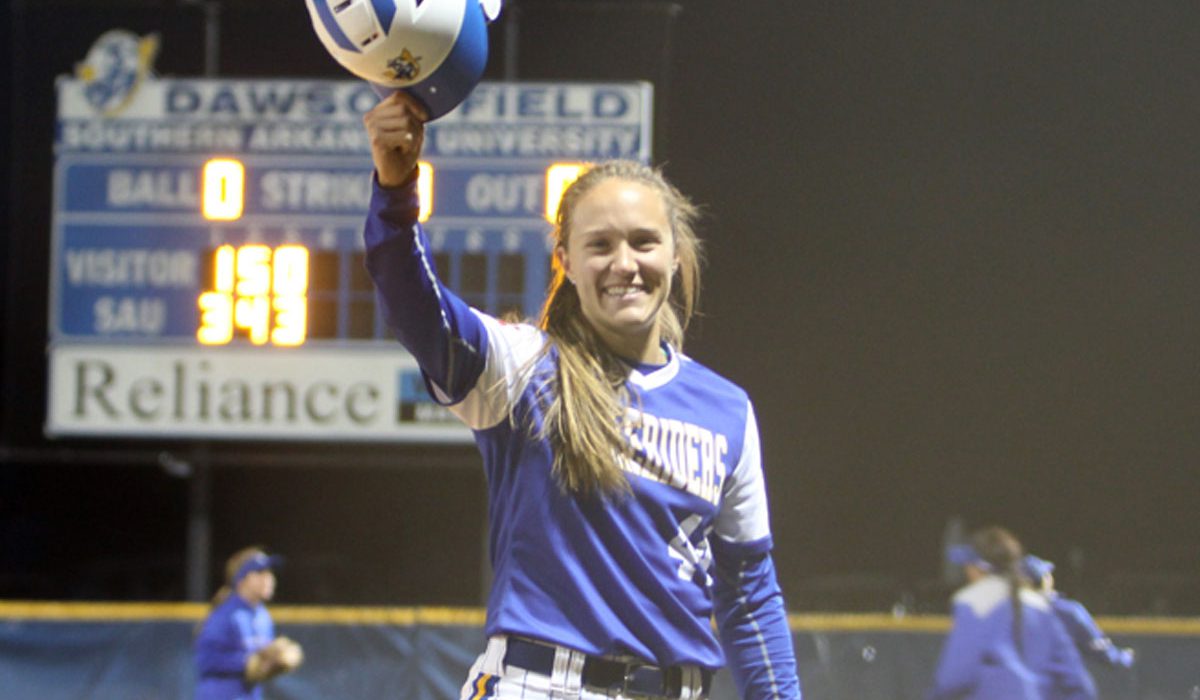 MAGNOLIA – The No. 5-ranked Southern Arkansas softball team took both ends of the GAC doubleheader against Harding on Saturday with a 5-1 final decision in the series-opener, followed by a come-from-behind effort in game two that saw the Lady Muleriders battle back from an early 3-run deficit and secure the eventual victory, 10-6. That second game saw a historical moment take place for the senior Brooke Goad as the slugger hit her 80th career dinger in the third inning that broke the NCAA DII All-Time Home Run record.