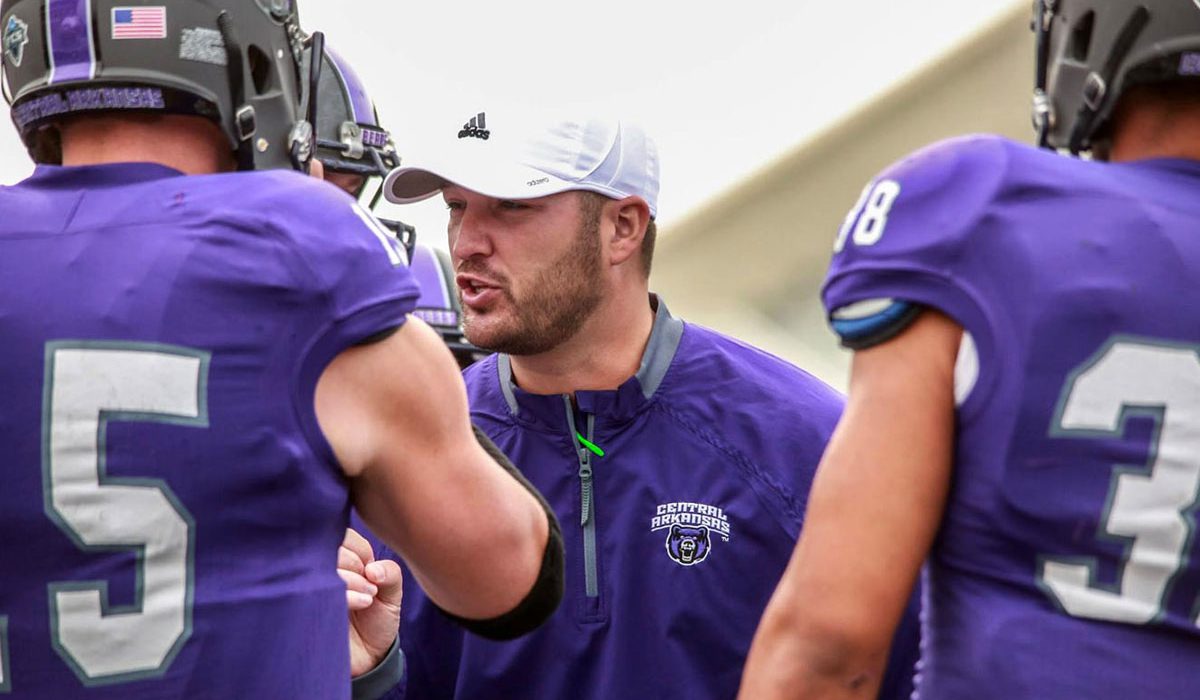 Brown, who starred for the Bears from 2005-08, will be formally announced at a noon press conference Monday in the board room at Wingo Hall on the UCA campus. He was introduced at halftime of Saturday night’s basketball game between the Bears and Little Rock Trojans at the Farris Center.

Brown, a Russellville native, passed for a state record 10,558 yards and 100 touchdowns in his UCA career from 2005-08. He was inducted into the UCA Sports Hall of Fame in the Class of 2016, his first year of eligibility. Brown has been the Bears’ offensive coordinator for the past four years under former head coach Steve Campbell, and coached the UCA quarterbacks prior to that.

He has a wife Jessica, also a UCA graduate, a daughter Rylee and a son Luke.