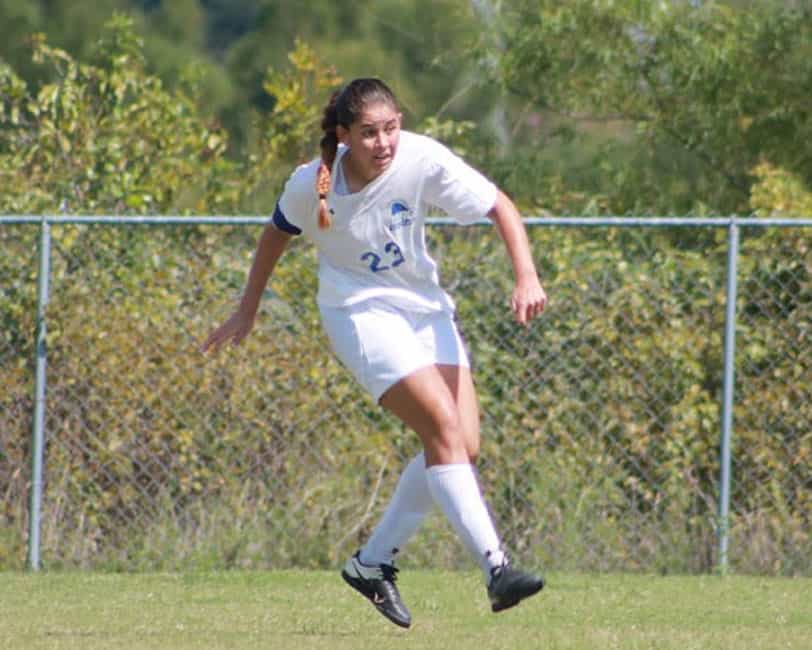 CONWAY – Marcela Bueno (JR/Sao Paulo, Brazil) scored three goals this afternoon to carry Central Baptist College in their American Midwest Conference women’s soccer game against Williams Baptist. Bueno scored twice in the first half and once in the second half and CBC (3-10, 3-8 AMC) also got a first half goal from Alyssa Carmack (FR/Bethany, Okla.) and beat WBU (2-13-1, 1-10 AMC) 4-2.

Carmack’s goal opened the scoring in the 12th minute, when she looped a shot from outside the 18-yard box over the Eagle keeper’s head to put CBC ahead 1-0. Williams Baptist would answer in the 14th minute and the score would remain tied until Bueno scored her first goal in the 42nd minute and added another goal one minute later to make it 3-1, which was CBC’s lead at the half. Bueno’s goal to finish the hat trick came in the 80th minute off a corner kick, which was whipped in by Ashley Hultquist (FR/Lafayette, La.), and headed into Bueno’s path by Adrianna Evans (FR/Paris, Texas), who earned her third assist of the season. WBU would score in the 86th minute to bring the score to where it would end at 4-2.

Sara Calzada (SO/Arlington, Texas) made three saves in net. The Mustangs outshot the Eagles 15-8 overall and 9-5 in shots on goal.

The final game against an AMC opponent this season is on Saturday afternoon at 3 p.m. against Harris-Stowe State. That will also be Senior Day, when the Mustangs will honor Michaela Wann (SR/Vilonia, Ark.) and Kady Johnson(JR/Greenbrier, Ark.) after the women’s contest.