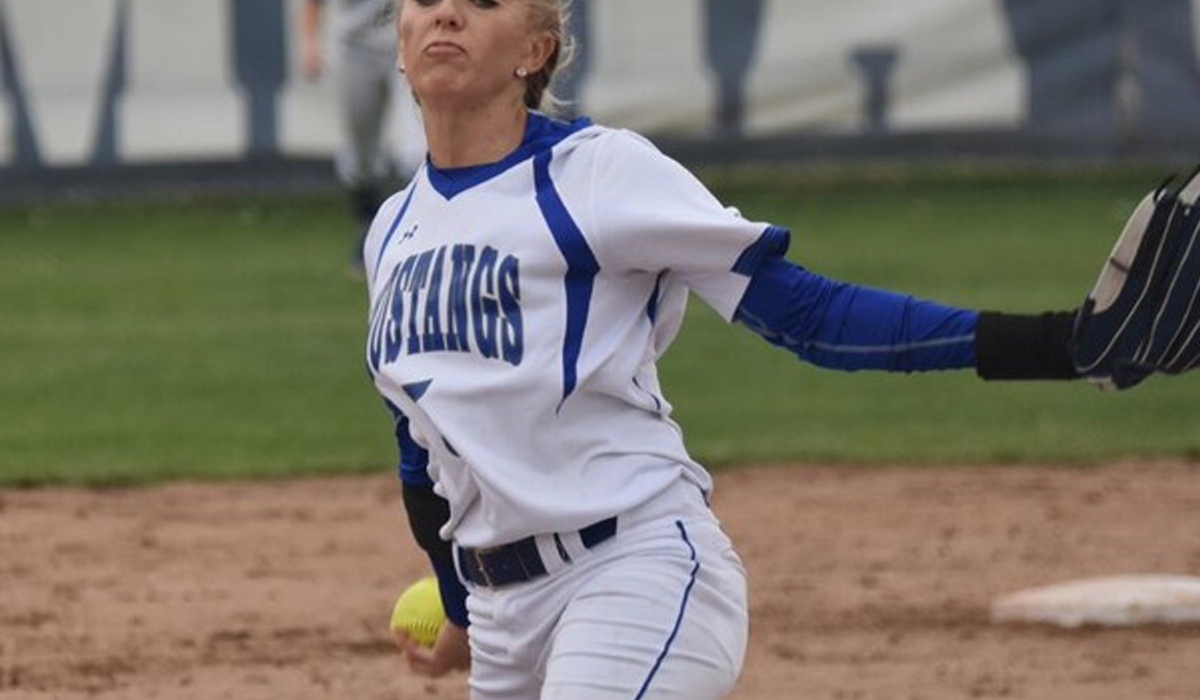 COLUMBIA, Mo. – Looking to extend their winning streak to 16 games, Central Baptist College softball played Park today needing that win to advance to the American Midwest Conference tournament championship series. CBC (35-17) got a pair of home runs and two clutch hits and held on to beat the Pirates (19-22) for their 16th consecutive victory and advancement to the AMC Tournament Championship series.

Both teams failed to score in the first and CBC took the lead in the second on Clark’s solo home run, her 11th of the season, to take a 1-0 lead. Park would subsequently tie it in the top of the third before an offensive outburst gave the Mustangs a lead they would not relinquish.

Nunn led off the inning with her second home run of the season, an opposite field homer, to give CBC a 2-1 lead. Kaitlyn Goike (FR/Magnolia, Texas) would walk to batters later and, following a single by Allison Seats (FR/Jacksonville, Ark.), would score with Seats on Rachael Jones (SO/Conway, Ark.)’ two-run double and Jones would score on a wild throw to make it 5-1. Skelton locked out the Pirates in the fourth, but ran into trouble in the fifth, allowing two base hits and retiring two batters before surrendering a three-run home run to cut the lead to 5-4 and end her day.

Gregory came in with two outs in the fifth and led off the inning with a walk before recording the final out on a popup to third. The Mustangs would add some insurance in the bottom half when Jones walked with one out, moved to second on a two-out single by Clark and then scored on a single by Baleigh Jackson (FR/Monticello, Ark.) to make it 6-4.

Gregory cruised through the sixth, retiring the Pirates in order and would take a 6-4 lead into the seventh. Back-to-back doubles to lead off the inning cut the lead to 6-5 before Gregory buckled down, striking out Olivia Atkinson for the first out, then retiring the next two batters on a groundout and popout to secure the win.

Skelton earned the win, going 4.2 innings and allowing eight hits and four runs with three Ks. Gregory picked up her first save of the season, allowing two hits and a run with a strikeout in 2.1 innings.