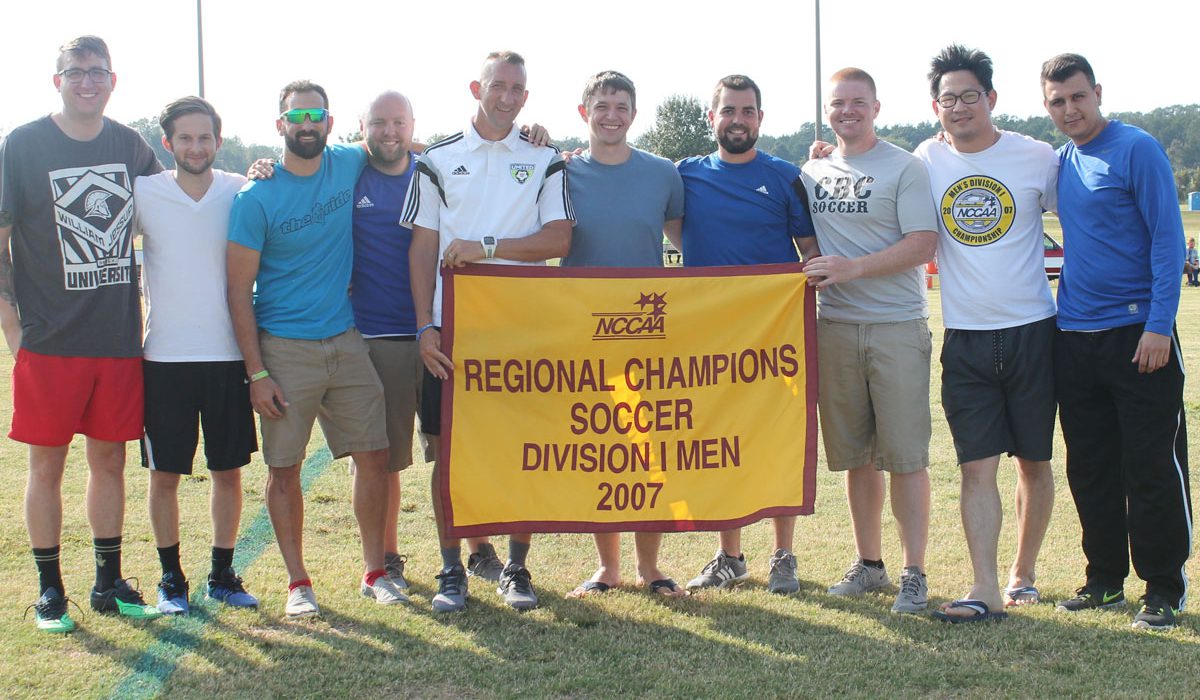 CONWAY – With nine members and the head coach of the 2007 men’s soccer National Christian College Athletic Association in attendance, the men’s soccer team took the pitch against American Midwest Conference opponent Lindenwood-Belleville. The Mustangs (2-9, 2-3 AMC) took an early lead in the 24th minute and added another goal later in the first half and cruised to a 4-1 victory over the Lynx (1-7-2, 1-3-2 AMC).

Thomas Milner opened the scoring for CBC and Nestor Moguel added a goal as well in the first half. Joe Adkins would score just after the start of the second half on a ball that was misplayed by the keeper to make 3-0 in the 50th minute. Lindenwood-Belleville would cut the lead to 3-1 four minutes later, but Callum Morris put the wraps on the match with a chipped goal from just outside the box in the 81st minute to bring the score to its final margin

The Mustangs are back on the road in AMC play on Oct. 10, when they travel to St. Louis to face the Hornets of Harris-Stowe State. Kickoff is slated for 3 p.m.