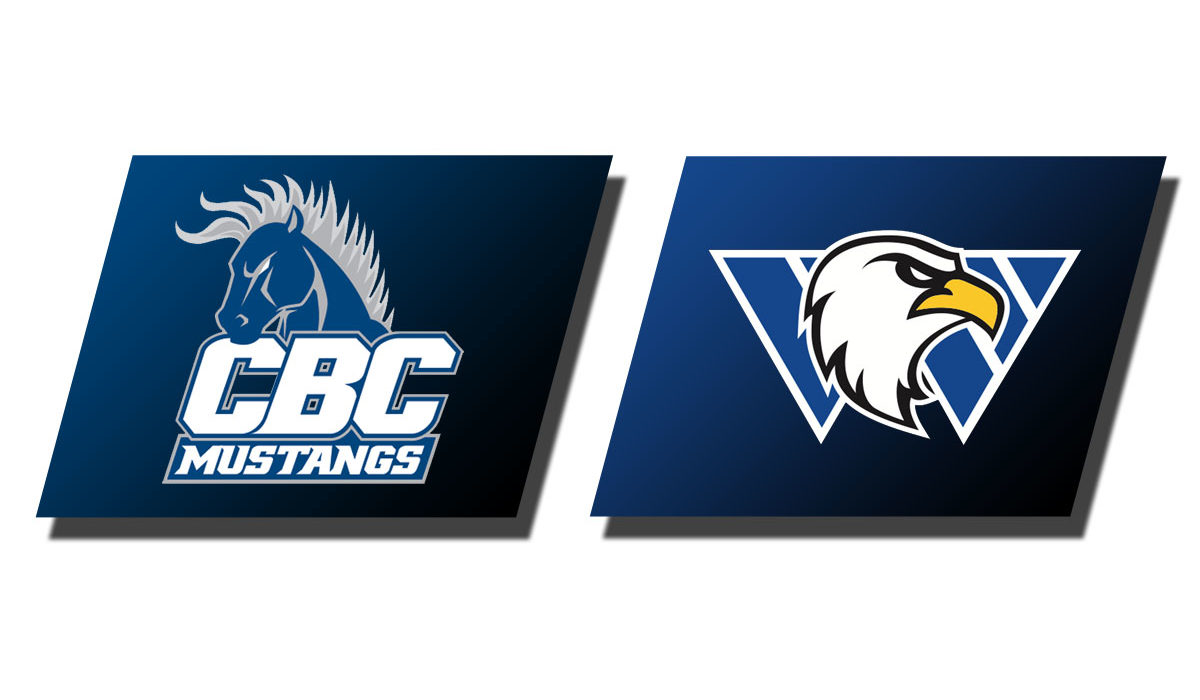 WALNUT RIDGE – Looking to get back to .500 on the season, Central Baptist College traveled to Williams Baptist University on Tuesday for an American Midwest Conference doubleheader with the Eagles. CBC (11-13, 4-4 AMC) split the doubleheader, taking the seven-inning contest 7-2 before falling in the second game 5-4 to WBU (9-14, 3-8 AMC).​

Justin Vincent (SR/Benton, Ark.) and Dillon Bonee (JR/Savannah, Tenn.) were the starters in the two games. Jay French(SO/Magnolia, Ark.) homered in game one, while Austin Kuchinski (SR/Powder Springs, GA) made history in game two by breaking the program RBI record.

Neither team scored in the first two innings and CBC grabbed the lead in the third when Trynt Tompkins(JR/Williamsville, Mo.), who led off the inning with a double, scored on a Ryan Guyton (SR/Cordova, TN) single to make it 1-0. The Mustangs increased the lead to 2-0 in the fourth on a sacrifice fly from French that scored Kelvin Volquez (JR/Santo Domingo, Dominican Republic). Vincent kept zeros on the board through four and CBC increased the lead to 5-0 in the fifth courtesy of a two-run single by Kuchinski and a Baker Wilson (SR/Harrison, Ark.) groundout that scored Michael Smith. Vincent allowed a couple of runs in the fifth, but CBC still held a 5-2 lead headed to the bottom half when French hit a two-run home run, his second of the season, to right field to bring the score to its final margin. Vincent earned his third win of the season, going six innings and allowing just four hits and two runs while striking out five. Caleb Muns (FR/Benton, Ark.) threw a perfect seventh to end the game.

Game two started like game one, with neither team scoring for the first two innings. The Eagles took the lead in third with a pair of runs, and CBC cut the lead in half in the top of the fourth. Wilson was hit by a pitch with one out and moved to second on a single by Trae Bobo. He would then score on a single by Volquez to make it 2-1. The Mustangs took the lead in the fifth, when, with one out, Kuchinski hit a double to right-center to score Guyton and Jacob Rose (SO/Searcy, Ark.) to make it 3-2. The RBIs by Kuchinski broke the program RBI record (150) previously held by Myles Hiebert (148). The Mustangs would add a run in the seventh courtesy of a double by Charley Harber (SR/Crosby, Texas) and led 4-2 headed to the bottom half before Williams got a three-run home run with one out to take a 5-4 lead. CBC threatened in the eighth, but couldn’t push a run across before going down in order in the ninth to end the game. Bonee was the tough-luck loser, going seven strong and allowing five runs (four earned) on six hits with seven Ks. Muns once again finished the game, throwing a perfect eighth.

CBC returns to the field this weekend in AMC play when they travel to St. Louis, Mo., for a three-game tilt with Harris-Stowe State. First pitch on Friday is scheduled for 1 p.m.