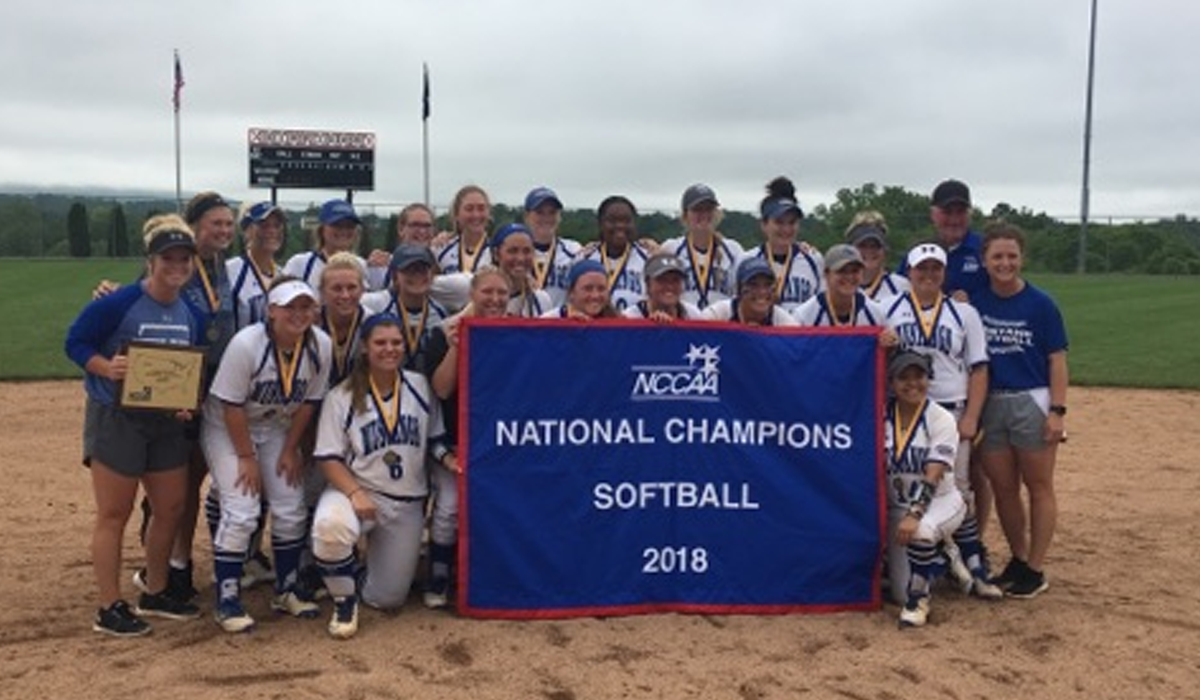 TROUTVILLE, Va. – Having not lost a game yet in either the Regionals or the World Series, Central Baptist College softball played Belhaven University today attempting to win their second NCCAA National Softball Championship (2010). CBC (42-19) completed the tournament undefeated, beating the Blazers 5-2 to win the second national championship in school history!

Kymberlie House (SO/Jacksonville, Ark.) was the tournament’s most outstanding player and was joined on the all-tournament team by teammates Allison Seats (FR/Jacksonville, Ark.) and Alyssa Estrada (SO/Houston, Texas). House won her 21st game in the win, placing her fourth in a single season, behind only Casey Hammons, Jessica Bock and Jessica Sheldon in the single-season category.

The Mustangs got off to a fast start with Estrada leading off the game with a single then moving to second on an error. After a double play and back-to-back walks by Rachael Jones (SO/Conway, Ark.) and Kaylee St. John (JR/Conway, Ark.), Hunter Clark (SR/Sheridan, Ark.) cleared the bases with a double to give CBC a 3-0 lead. Clark would score later on Baleigh Jackson (FR/Monticello, Ark.)’s double to give the Mustangs a 4-0 lead after one, a lead they would never relinquish.

Belhaven added a run in the bottom of the first to make it 4-1 and CBC would tack on another run in the second on back-to-back two out hits by Seats and Jones to make it 5-1 after two. House would get out of a pair of bases loaded jams from there, allowing only one more run in the sixth.

The Mustangs would go down quickly in the seventh and needed three outs to secure the win. House got all three batters in the inning to fly out and secure the National Championship!

“This team deserves it,” head coach Jordon Jones said after the victory. “They’ve worked so hard, bought into each other, themselves and the process. All the glory and credit for this goes to God! It’s been overwhelming to watch the works He’s done through this team. It’s only up from here!”

42 wins is the fourth most for a softball team is school history and the most wins since 2012. CBC also ended the season on a seven-game winning streak, sweeping through the NCCAA tournament. Congratulations to Coach Jones and her Mustangs on a phenomenal season!