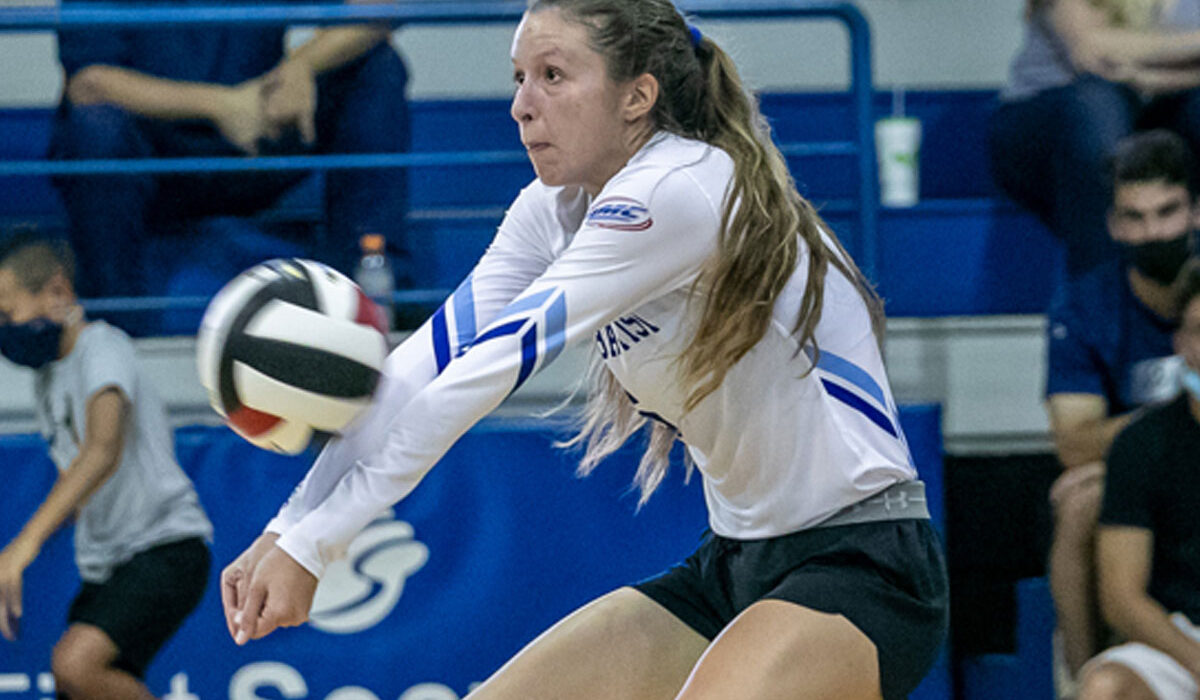 HLGU took the early lead in set one, but the teams went back and forth for the first 21 rallies, leading 11-10. The Trojans then won three straight points to lead 14-10 and CBC never got within two the rest of the set. CBC won the first two points of set two as the two teams then traded points until CBC led 16-15. That started a string of eight straight points for the Mustangs that included back-to-back-to-back aces from Wesley and they cruised to the second set win.

HLGU led the entire third set until the final two points when Echols killed a ball and a set error by the Trojans gave CBC the win. The Mustangs trailed all but three points in the fourth set, setting up a fifth and deciding set.

CBC began the fifth set winning the first five points and cruised to a 15-8 win and their first ever defeat of Hannibal-LaGrange.