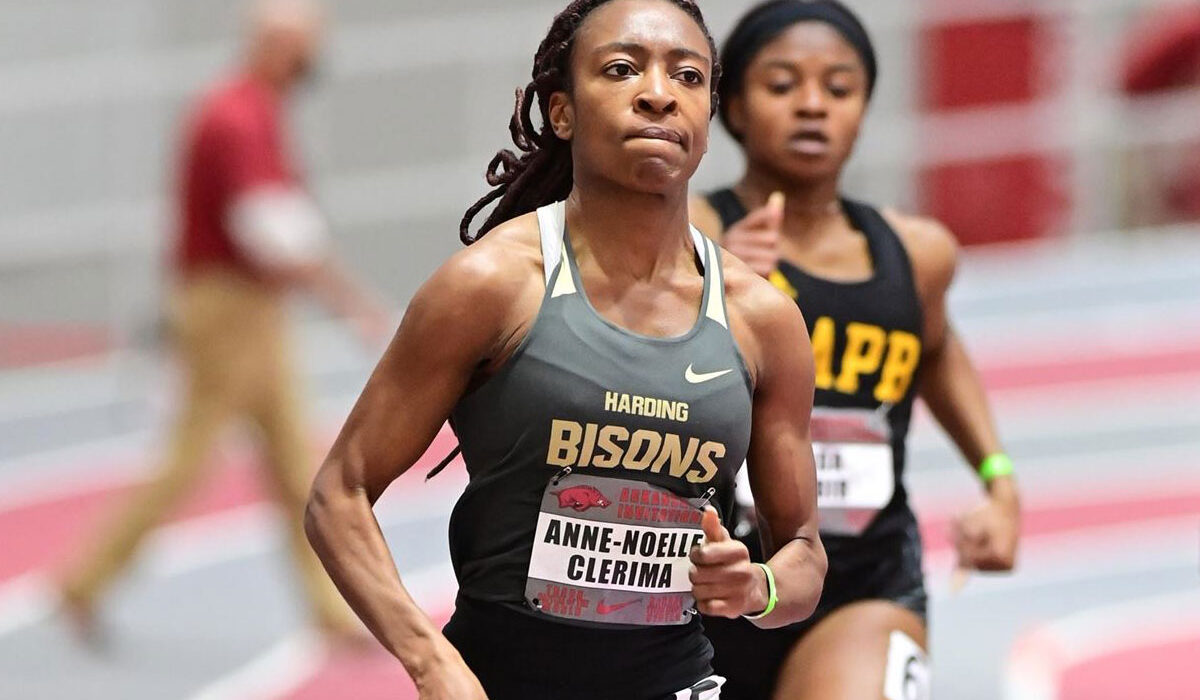 FAYETTEVILLE, Ark. – Harding junior Anne-Noelle Clerima broke her own school record in the indoor 400 meters Saturday at the Arkansas Invitational at the Randal Tyson Track Center on the campus of the University of Arkansas.

Harding’s best finishes in the running events came in the 600 meters, an event rarely run in NCAA competition. Transfer Celia Stramrood, a native of Kempton Park, South Africa, placed second in 1:37.90, just ahead of teammate Natalie Toney, of Pocahontas, Arkansas, who was third in 1:39.48.

Harding’s top finisher in the field events was Brylan Williams, a junior from Bald Knob, Arkansas, who placed fourth with a clearance of 5 feet, 5 inches.

Harding finished fourth in the meet with 31 points. The other teams at the meet were Arkansas, Oklahoma, Arkansas State, Arkansas-Pine Bluff, Central Arkansas and Little Rock.

On Friday, Harding had two competitors at the Boo Rogers Combined Events in Pittsburg, Kansas. Senior Darcy Sanford placed fourth of 12 athletes in the pentathlon with 3,200 points.