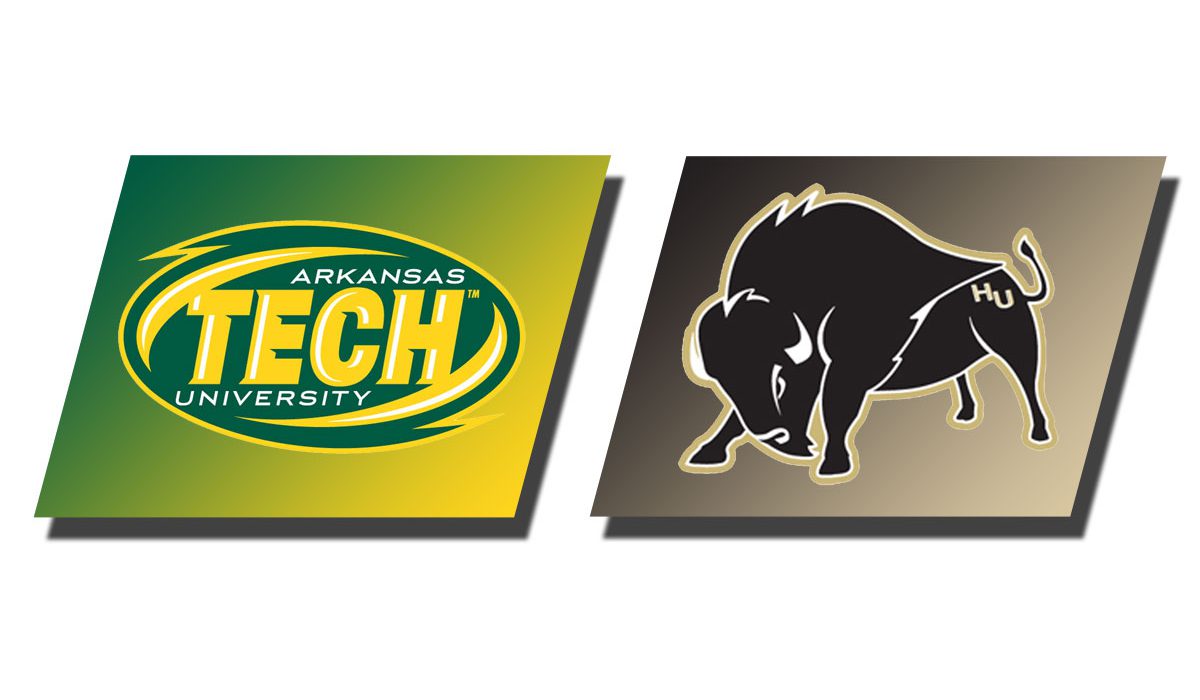 SEARCY – Some non-conference midweek games feel more important in a college baseball season than others. Wednesday’s game was one of those for Harding.

Frustrated after a Great American Conference loss in game three of its series against Southern Nazarene on Sunday, Harding used a three-run eighth inning to come from behind and defeat Arkansas Tech 5-4 on Wednesday. The win came ahead of a three-game GAC series with Southeastern Oklahoma that begins Friday in Durant. With five GAC series remaining, Harding enters the weekend in sixth place and Southeastern 10th. The top eight teams reach the conference tournament.

Harding (11-18) was just 2 for 23 with runners in scoring position in the loss to Southern Nazarene, but trailing 4-2 entering the eighth Wednesday, the Bisons had three hits in that situation in the eighth inning alone.

The inning began with Arkansas Tech reliever Nate Rutherford (0-1) hitting both Ben Brauss and Luke Van Dover. Chris Taylor, who had two hits in the game and extended his hitting streak to six games, ripped a single to left center to score Brauss and cut the Tech lead to 4-3.

Tech (18-13) replaced Rutherford with Branden Bohuslav, one of its top relievers. Bohuslav quickly got two outs, one on a failed sacrifice bunt attempt and the other on a strikeout. He was then replaced by Isaac Hale, who gave up back-to-back hits. Tyler Mohr singled through the left side, scoring Taylor and tying the game, and Hayden Walraven drove in the eventual game-winning run on a single to right that scored pinch runner Brooks Pitaniello.

Tech had the heart of its order up in the top of the ninth. Raiff Beever started the inning and got an out on a long fly ball to right center that Brauss made a diving catch on, sliding across the warning track. Zach Klockowski line a single off the wall in right, and Mason Faulkner came in for Beever. Faulkner’s only hitter was Mark Vaughn, who had three hits, including two doubles in the game. On an 0-2 pitch, Vaughn grounded hard to second baseman Van Dover, who started a 4-6-3 double play to end the game.

It was Faulkner’s fourth save. The win went to Nash Thomas (1-2), his first collegiate victory. Thomas entered the game in the sixth with two Tech runners on and the game tied 2-2. Neither run scored that inning, but Tech took the lead with two runs off Thomas in the seventh on Vaughn’s two-run double.

Thomas came back to pitch a scoreless eighth just ahead of Harding’s three-run rally.

Harding, now 9-3 when it scores first, took a 2-0 lead in the fourth on its first hit with runners in scoring position. Myles Humphreys, who had two hits, singled to right to score Van Dover from second. Walraven drove in the second run with a slow infield ground out with the bases loaded.

Sam Alender made his second start of the season and was solid for the Bisons. He pitched five scoreless innings and allowed four hits and three walks while striking out three, lowering his ERA to 3.33.

Taylor’s two-hit game was his team-leading ninth of the season. It was the fifth multi-hit game for Humphreys.

Tech had 13 hits but stranded 10 runners.