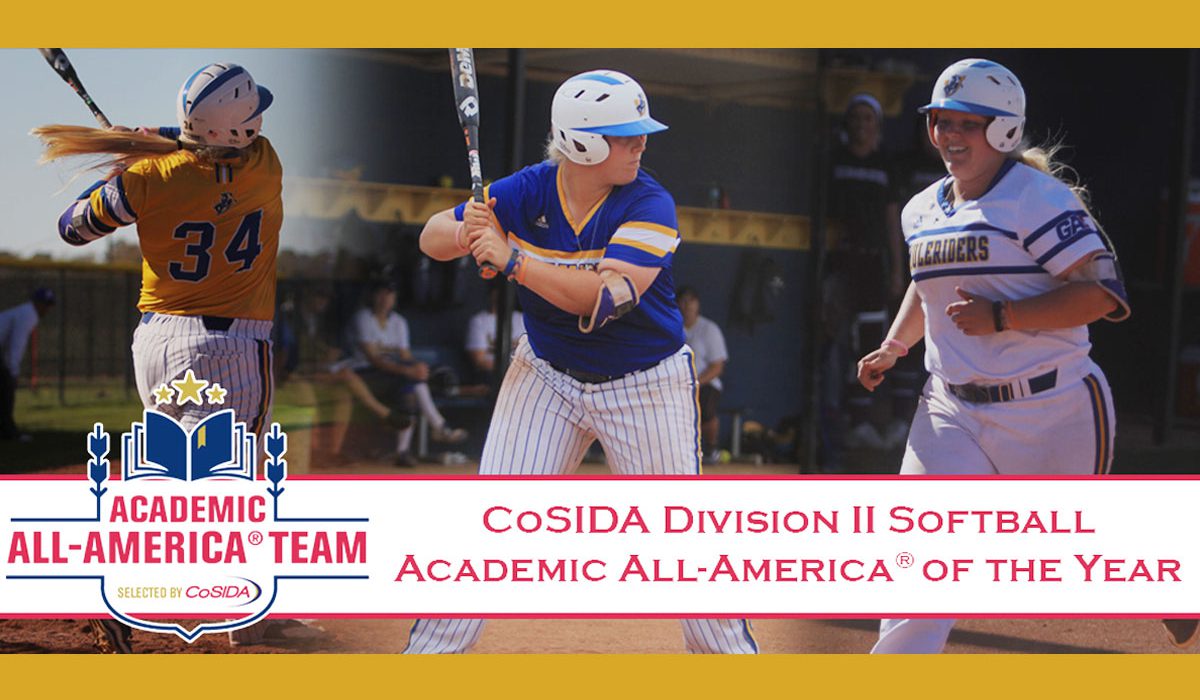 AUSTIN, Texas – Southern Arkansas senior softball player Maddie Dow has been an exemplary model of excellence both on the softball field and in the classroom throughout her four-year career at SAU. A decorated recipient of numerous athletic and academic awards, Dow has added one of the most prestigious academic plaudits possible as she has been named as the 2017 CoSIDA Academic All-America® of the Year for Division II Softball as it was announced by CoSIDA on Wednesday.

On the field, Dow put forth an illustrious career at SAU that has seen her be a four-time all-region honoree, a three-time All-GAC selection, a top-25 finalist for DII Player of the Year by the NFCA and a consensus first-team All-America player.

All of those stat categories were season bests in her career, and her marks in Average, Slugging Percentage, On-Base Percentage, Total Bases, Walks and Hit-By-Pitch were all new single-season records at SAU.