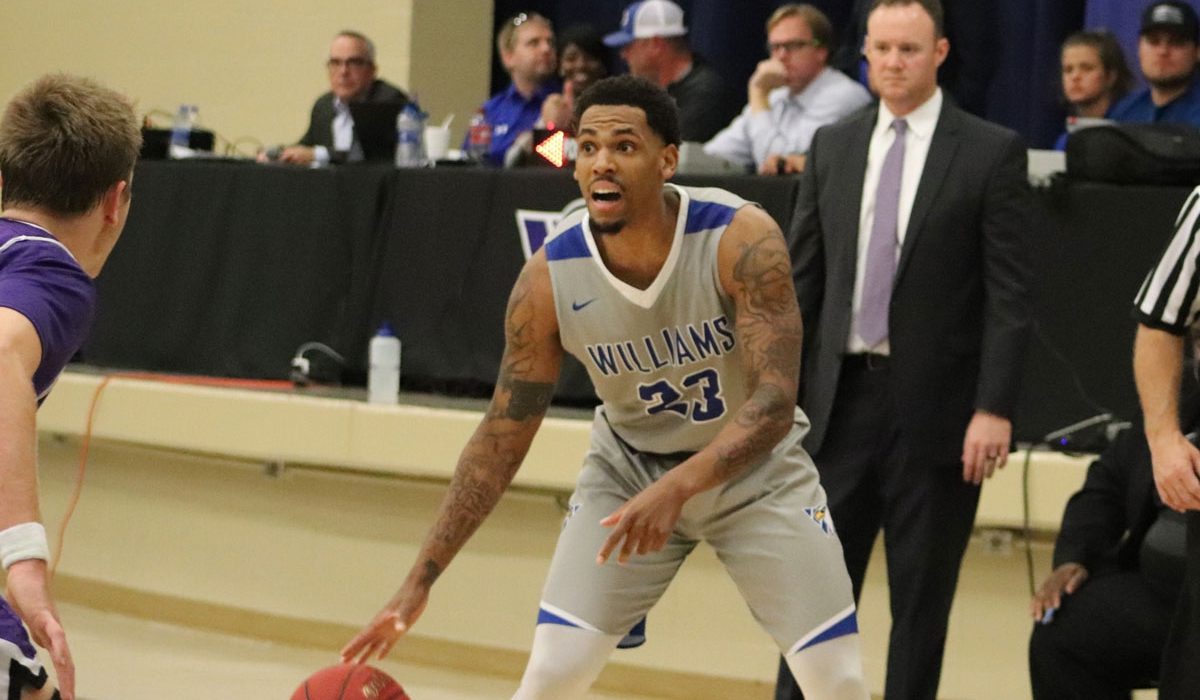 WALNUT RIDGE – The Williams Baptist University men’s basketball team spent Homecoming bringing the crowd to its feet, as they defeated the Majors from Millsaps College 83-78. The Eagles improved to 2-1 with the victory in WBU’s Southerland-Mabee Center.

It was a slow start for WBU, as Millsaps opened the game with a 9-0 lead over the first 2:29 of play. However, Williams settled down, responding with a 7-0 run highlighted by a Travon Cobb 3-point field goal to cut the lead down to 9-7.

Williams’ first lead of the game came with 11:55 left in the first half after a free throw from Alex Morris. The Eagles would not relinquish the lead the rest of the half. They extended the lead as high as nine before taking a 36-32 lead into halftime.

The Majors battled back in the second half, tying the game at 59 with 8:59 remaining. WBU responded by going on a 12-0 run to take a commanding 71-59 lead, allowing them to take control for the rest of the contest.

The Eagles forced 24 turnovers, scoring 21 points off of them. Meanwhile, WBU committed only 13 turnovers in the game.

Four Eagles reached double-figures in scoring, led by Briheam Anthony’s 19 points. The senior also led the team with five assists. Devante Carolina scored 18 points on 5-of-9 shooting, including 4-of-8 from beyond the arc. He also contributed defensively with five steals.

Andrew Littleton came off the bench to score 14 in 20 minutes of action, while Travon Cobb scored 10. Shackeel Butters scored nine points, while grabbing eight boards to lead the team.

The game will not go on Millsaps’ record as it was an exhibition for the NCAA Division III school.

Next up, the Eagles will play another NCAA Division III opponent in the University of the Ozarks. The game is scheduled for 7 p.m. on November 6. It will be played in Clarksville, Ark.