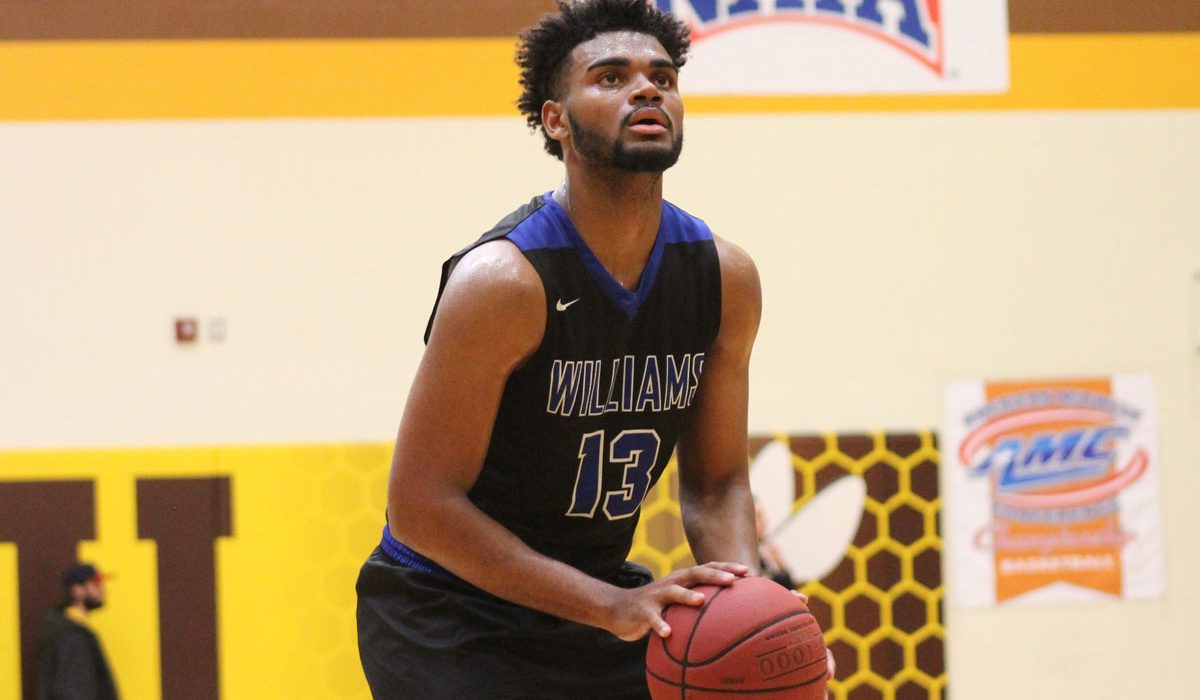 ST. LOUIS, Mo. – The Williams Baptist College men’s basketball team played in its first ever American Midwest Conference championship on Monday night. Approximately 100 fans, faculty, and staff members made the trip to St. Louis to see the Eagles begin the game on an 8-2 run, but the Harris-Stowe State University Hornets came back to win 95-71. The contest was played on HSSU’s campus.

Shackeel Butters finished his remarkable season with his 15th double-double of the season. He scored 15 points and grabbed 14 rebounds in the loss.

Leading the team in scoring was Devante Carolina, who scored 16 points. Briheam Anthony followed him with 15 points. Senior Kendall Ivy, playing his last game for Williams, finished with eight points, including 2-of-3 from 3-point range.

The Eagles struggled shooting the ball in the first half, only making 28 percent on 9-of-32, however they rebounded in the second frame making 52 percent of their field goals on 17-of-33 shooting.

The Hornets outrebounded the Eagles 48-to-32 in the contest.

Williams’ season comes to an end. It was a season of many records and firsts. Marquez Chew set the school record for steals in a contest with 11 against Hannibal-LaGrange University. Meanwhile, Dominique Dyes set both the single game and single season record for 3-point field goals, and Shackeel Butters set a school record for rebounds in a season.