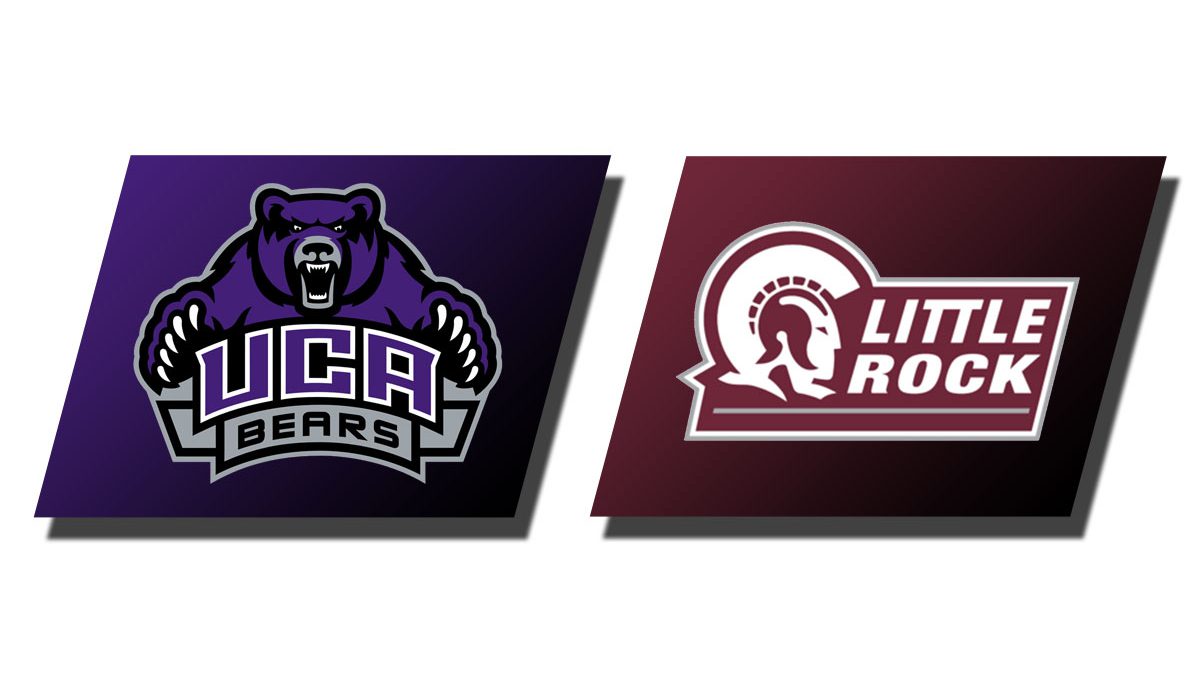 “I’m obviously pleased with our club for getting the win, but I’m even more pleased with the way they responded after the five runs UCA put up in the second inning,” Little Rock head coach Chris Curry said. “For the first time in a long time, our club didn’t blink, panic or show body language.”

Little Rock had four players tally multiple hits for the night. Zach Baker went 3 for 4 with a couple of RBIs, a run and a double, and Riley Pittman went 3 for 5 with two RBIs and two runs. Cameron Knight went 2 for 4 with two doubles, two RBIs, two runs and a walk.

UCA’s Keaton Presley had the Bears’ only multiple-hit game as he finished 2 for 5 with two RBIs.

Trojan reliever Corbin Osburn (1-0) picked up his first career win after throwing 1.1 innings of relief. Justin Garcia earned his second save of the year after throwing four strikeouts and allowing just one walk in a team-high three innings of work. UCA’s Gavin Tillery (0-1) took the loss after allowing the go-ahead run in the fourth inning.

Little Rock had a rough go of it in the bottom of the second inning as Central Arkansas scored five runs on two hits and two errors. UCA’s Rigo Aguilar put an RBI single into right for the game’s first run. With runners on the corners and one out, Eddie Sanchez reached on a fielder’s choice, but the Trojans committed two throwing errors on the play and allowed two UCA runs. After Michael Haun walked, a Keaton Presley double scored two runs and put the Bears up 5-0.

The Trojans bounced back with vengeance in the top of the fourth by scoring eight runs — their most in an inning since 2012 against Florida Atlantic. The scoring began with an RBI single by Kale Emshoff before Christian Reyes was hit by a pitch with bases loaded. Owens then walked on four straight balls to plate another run. Dalton Thomas hit a sacrifice fly to center to score Gunter, but a throwing error allowed Reyes and Hunter Owens to move into scoring position. Pittman then gave Little Rock the lead with a two-run single up the middle. Knight roped an RBI double down the right field line to score Pittman before Baker wrapped up the scoring fest with an RBI double to left center.

UCA loaded the bases in the bottom of the fourth with one out. The Trojans made a somewhat unusual move as they called on weekend starter Cory Malcom to make his first midweek appearance since his freshman year in 2014. Malcom limited the damage as the Bears added just one run on an RBI ground out by Hunter Strong.

The Trojans ran their run total up to 11 in the top of the sixth inning with three runs on three hits. An RBI double by Knight plated Thomas before Pittman scored on a passed ball. A sacrifice fly by Baker to left then scored Knight from third for the game’s final run.

With this year’s Rock ‘n’ Roar Rivalry now tied at a game apiece, both squads will meet in the deciding third game at Gary Hogan Field on May 16.

“I appreciate all the fans for coming out,” Curry said. “I hope this game gets bigger and bigger every year. Both fan bases are really passionate about their teams, and hopefully, that can create a fun game for the community.”

Little Rock will now go on a six-game road trip with its first stop scheduled to take place at Georgia Southern this weekend in Statesboro, Georgia. The three-game series will begin on Friday at 5:30 p.m.