Five things to know about Saturday’s matchups: ATU at SWOSU 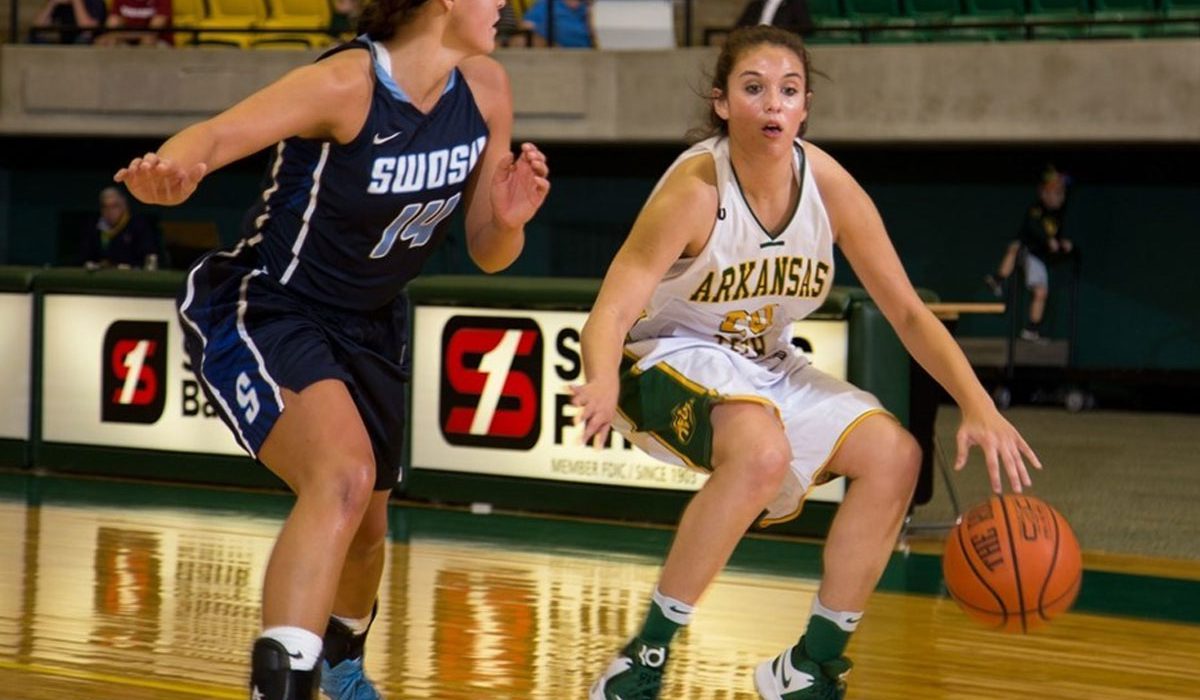 Saturday’s matchups in Weatherford have been picked up by the American Sports Network. The doubleheader between Arkansas Tech and Southwestern will be the second matchup for the women’s and men’s teams this season in the double round robin format for the Great American Conference.

Here are five things you need to know to get ready:

• This will be the first nationally televised event in the Pioneer Cellular Event Center. The “Jewel of Western Oklahoma” was formally opened three years ago, almost to the day (Jan. 25, 2014). It has been host to numerous college and high school basketball games, volleyball matches, other sporting events, concerts, conventions, expos and more.

• Although 2.5 games behind Arkansas Tech in the conference standings, the Southwestern Lady Dawgs may be the hunted in this one, instead of the hunters. The Golden Suns likely are looking for revenge for the 72-69 loss they suffered in the Tucker Coliseum. It was the first loss of the season for ATU and snapped a seven-game winning streak for ATU over SWOSU. Hayden Priddy had 17 points in the win and Hailey Tucker went for 16 points and nine rebounds, nearly a double-double, which is what Tucker has done for most of the season – average a double-double. Going into Saturday’s game, the sophomore is leading the GAC in scoring (18.8 ppg) and rebounding (9.8 rpg) for the league’s highest scoring team (79.8 ppg)

• Tech comes into the matchup as the No. 17 team in the country. The Golden Suns will try to counter the league’s top two scorers in Tucker and Priddy (15.5 ppg) with the GAC’s most stingy defense, which is giving up only 60.1 points each night. ATU didn’t shoot the ball well in the second half against SWOSU back in November, giving up a 19-point second quarter lead, but have improved and lead the conference with a .443 field goal percentage. Cheyenne North had 34 points against SNU in December, tied for a league high this season and Anissa Pounds also had a season high in the conference with seven made three-pointers against Ouachita. Something will have to give on the boards as the Golden Suns hold their opponents to a league-low 33.1 rebounds per game, while Southwestern is hauling in a league high 44.9 rebounds per game.

• On the men’s side, Arkansas Tech has won three straight, including an upset over previously unbeaten No. 16 Arkansas-Monticello one week ago. The Wonder Boys took the first meeting this year, 84-67, and were led by Montrell Williams, who scored 27 points. ATU also took advantage of its size and outscored SWOSU 34-12 in the paint. Bennie Lufile leads the conference with 9.6 rebounds per game. A high-scoring game would seem to favor ATU as the Wonder Boys like to put up points, averaging a league-high 88.2 points each night. But they do also give up a league-high 83.1 points each night. The Wonder Boys have four players in the top 25 in scoring, led by Alex Brown with 15.1 ppg.

• The Bulldogs have struggled to make shots this season and are at the bottom of the GAC standings in points scored, scoring margin, field goal percentage and free throw percentage. Marquise Champion has had the hot hand of late, scoring 15, 21 and 35 points in the Bulldogs most recent contests. The Bulldogs will also need to keep ATU off the glass and could ride momentum off Thursday’s game against Harding. Dominique Lubin had a career-high rebounding night, pulling down 16 boards, the most this season for a SWOSU player, and Collin Jennings also grabbed 10 rebounds, which was also a personal career high.