Furious second half rally by Muleriders leads to upset of No. 23 Southeastern Oklahoma 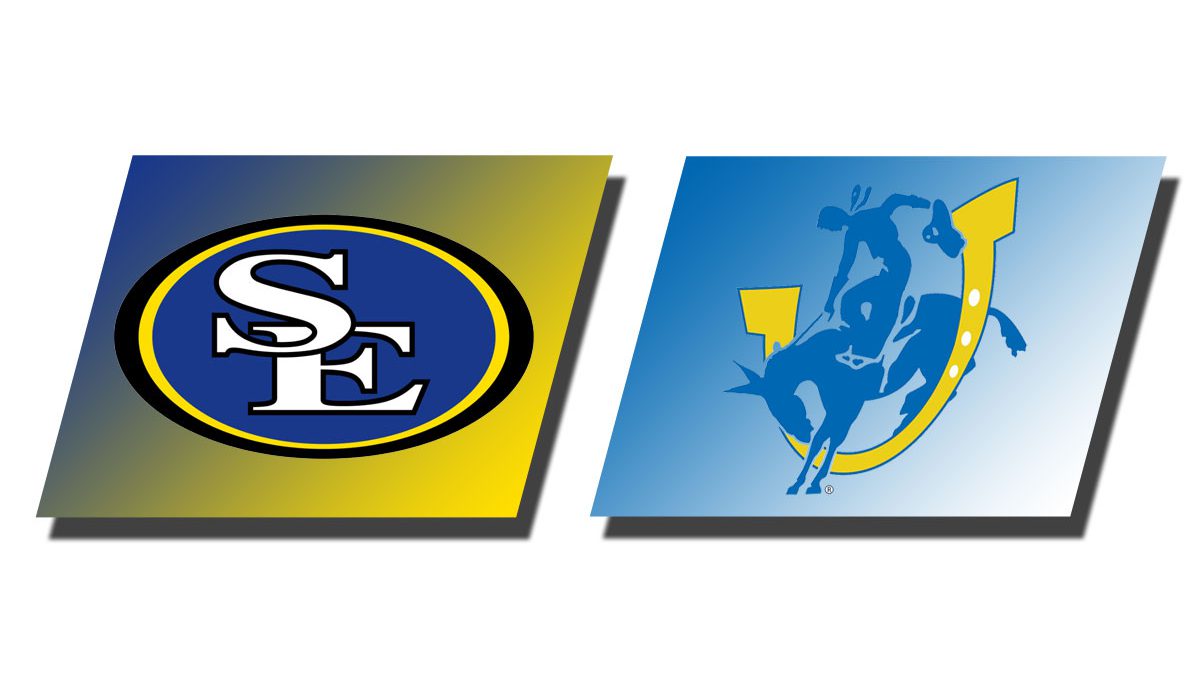 MAGNOLIA – If the atmosphere inside the W.T. Watson Center was to ever be described as “raucous,” it was on Thursday night as Southern Arkansas used a furious second half rally to overcome a 13-point halftime deficit in a 69-65 Great American Conference upset of league-leading No. 23 Southeastern Oklahoma State. The win improves the Muleriders’ overall record to 12-13 with a 9-10 mark in league play and sends the team into seventh place momentarily in the conference standings with three games remaining in the regular season.

Junior forward Devante Brooks recorded a game-high 24 points on 12-of-19 shooting with 18 of those points coming in the second half and 14 dropping with under 8:45 to play. The Shreveport, Louisiana, native added nine rebounds and three second-half steals in 35 minutes of action. Junior guard Aaron Lucas dropped 22 points and picked up four steals, four assists and three rebounds in 36 minutes on the floor. All five of SAU’s starters recorded 30+ minutes on the floor and in the second half the Muleriders took advantage in some key areas as they outscored SOSU in points off of turnovers (15-2) and in points in the paint (30-10).

Trailing 35-22 at the intermission, the Muleriders engineered a 16-4 run over the opening 6:35 of the second half to pull within 39-38 of the Savage Storm; a run that was capped by a deep alley-oop from true freshman Dodge Brown to Brooks. SOSU’s lead would rise to eight at 50-42 through the under-12 media timeout, before Southern Arkansas managed to keep the deficit to within a possession or two through the seven-minute mark of the final twenty minutes.

With 6:28 to play, junior guard Gabe Gilliam knocked down a corner three on an assist from Brown. That make pulled SAU to within a point of the lead at 54-53 and was the first of four assisted baskets by Brown, who matched his career high with six dimes, down the stretch that helped turn the game in favor of Southern Arkansas.

The Savage Storm answered Gilliam’s trifecta with a three-pointer by Kayo Goncalves, but back-to-back buckets by Brooks, which were assisted by Brown, sandwiched a Savage Storm make to keep the Muleriders within two points of the deficit at 59-57 with 4:22 remaining. The fireworks came moments later and the “raucous meter” reached its peak as Brooks pickpocketed Adam Dworksy at the timeline before finishing on the other end with an emphatic one-handed slam over Goncalves which tied the game at 59.

Forty seconds later Lucas drove inside and laid in an attempt to give the Muleriders a 61-59 advantage, but Dworksy answered with five-consecutive points to put SOSU back on top 64-61 with 2:07 to play. Lucas again responded on a baseline drive to cut the deficit to a point and following one of two free throws by the Savage Storm, Brooks took over as he made consecutive buckets which tied the game and then gave the Muleriders its last lead of the night at 67-65 with 23 seconds left. Redshirt freshman guard Trent Ivy sealed the win with a pair of free throws in the final moments.

The victory over their nationally-relevant foe is the first for the program since knocking off (RV) Minnesota State Moorhead 87-72 on November 11, 2017 in Lancaster, Texas. The last ranked opponent to fall at the hands of SAU was No. 4 Alabama-Huntsville on Jan. 2, 2011 when the Muleriders topped the Chargers 49-46 on the road.

Southern Arkansas returns to the court inside the W.T. Watson Center for the final time on Saturday as the Muleriders host East Central. The Tigers are currently one game up on SAU at 10-9 in league play.