Golden Eagles cash in on another overtime victory 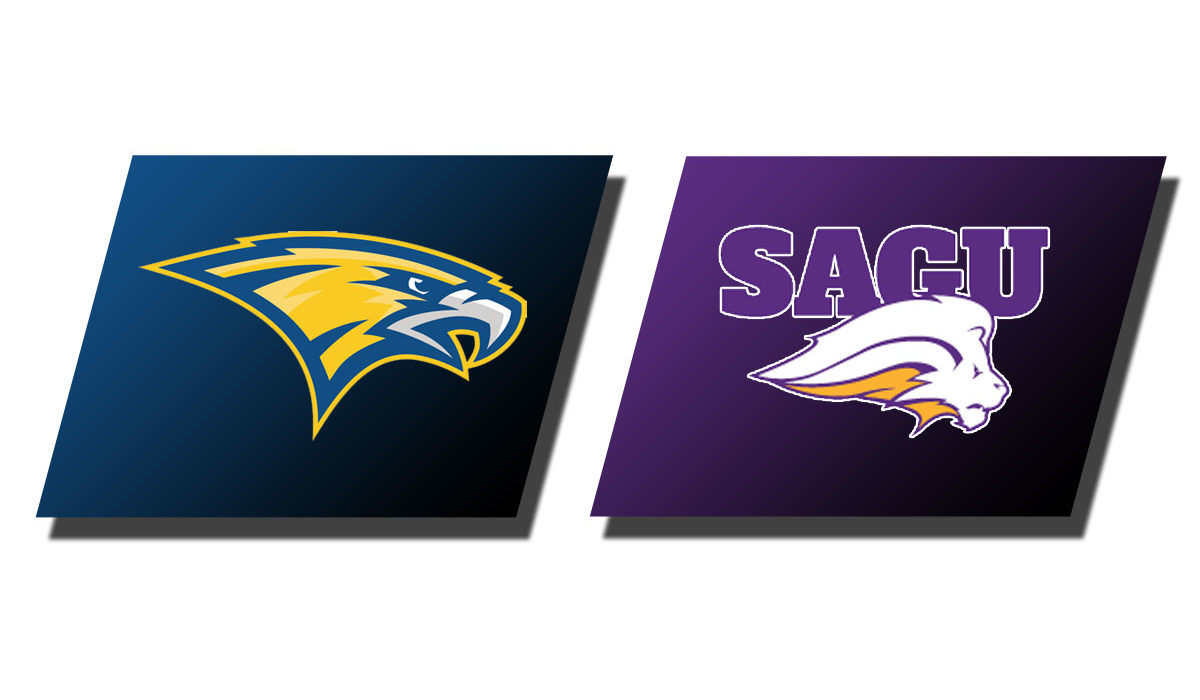 WAXAHACHIE, Texas – The Golden Eagles improved to 5-1 in overtime games this season and six points from Densier Carnes in the fourth period alone powered the No. 9 John Brown University men’s basketball team to a 71-68 double-overtime win over No. 13 Southwestern A.G. (Texas) on Saturday afternoon (Feb. 29) inside the Sheaffer Center.

Carnes’ produced his 12th double-double of the season and scored a game-high 25 points and pulled down 11 boards as the Golden Eagles (26-4, 17-3 Sooner Athletic) avoided giving up a 13-point second half lead to a SAGU squad that was without its leading scorer, Nykolas Mason.

As has been the staple this season, the John Brown defense stepped up in the overtime periods. Each team could only muster two points in the first, but the Golden Eagles held the Lions to a 3-of-15 shooting mark over the 10 minutes of extra time as Carnes’ pair of buckets early in double overtime gave JBU a lead it wouldn’t relinquish. Junior Rokas Grabliauskas hit a big-time jumper in the lane with 1:15 left and a JBU inbound up just one point turned into a fast-break dunk for sophomore Ira Perrier with three seconds remaining in the contest. A long, uncontested triple from SAGU caught iron at the buzzer, but wasn’t close to falling.

The win caps off JBU’s best regular season mark since 2013 and sets up a Sooner Athletic tournament quarterfinal matchup with Oklahoma City on Tuesday night (March 3) inside Bill George Arena at 7 p.m. The Golden Eagles also finish the regular season with a 3-2 record versus NAIA top-25 competition.

“Today was a charged environment with it being their senior day this afternoon,” head coach Jason Beschta said. “They had a great crowd behind them. SAGU made a nice run to take the lead in the second half, but the right things happened for us to find a way to win again in overtime.

“It’s crazy that we’ve played overtime six times this semester, but we have to get some rest and refocus for a quick turnaround game. We’re looking forward to the opportunity of hosting a quarterfinal game on Tuesday night.”

After Grabliasukas connected on a triple just under five minutes into the second half, Carnes pieced together a quick 5-0 run of his own to produce a 46-33 Golden Eagle lead with 13 minutes left in the second half. The host Lions were reeling, scoring only twice so far in the half, but would later use a JBU drought to pull back ahead.

After Luke Harper’s trey kept the Golden Eagles ahead by 11 with 10:20 remaining, John Brown would only get one field goal, a Quintin Bailey bucket in the paint, over the next nine minutes of play, allowing SAGU to pull ahead, 55-54. On his second attempt of the possession, Grabliauskas knocked back a big-time triple to return to the lead back to the visitors, 57-55, but a pair of Lion free throws tied the game up again before both teams’ defenses forced a shot clock violation to end regulation.

Grabliauskas finished with 13 points while Harper worked through a tough shooting day to add 12 points and five assists in the victory.

Neither team shot well, each hitting just 35 percent from the field. The Lions held a 46-40 rebounding advantage, including 16 offensive boards.