Halftime lead fades, but JBU knocks off No. 7 USAO 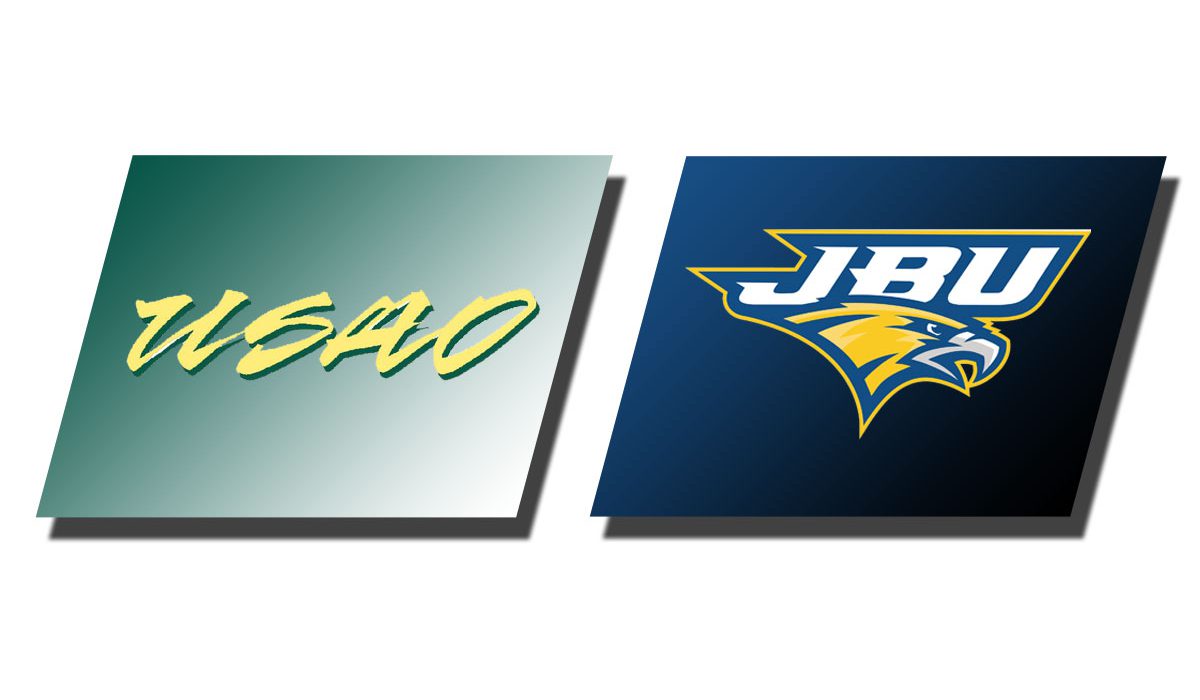 SILOAM SPRINGS, Ark. — While an 18-point second-half lead nearly evaporated, the John Brown University men’s basketball team hit 15-of-19 from the stripe in the second half to upset No. 7 Science & Arts (Okla.), 83-72, on Saturday afternoon inside Bill George Arena.

Junior Jake Caudle hit four triples and shot 5-of-8 from the field in the first half as JBU held Science & Arts to just six points over the final 10 minutes of the half.

Armed with a near 20-point lead to kick off the second half, the Drover offense came alive, fueled by six Greg Smith points. USAO retaliated and went on a 19-4 run over a 6:07 span to pull within three, 47-44, with 13:16 remaining. Brian Robertson’s triple attempt to tie the game wouldn’t fall, however, and from there, John Brown went on a run of its own.

It would be over four minutes until USAO scored it next point, allowing the hosts to pull away on a 14-0 run, jump-started by back-to-back buckets from freshman Jaylon Rucker. Rucker’s triple was followed by treys from junior Marquis Waller and Caudle, and even featured an old-fashioned three-point play from freshman Densier Carnes.

The closest the Drovers would get would be eight points, on four occasions, but the Golden Eagles shot 52.4 percent (11-of-21) from the field and more importantly converted 15-of-19 attempts at the line in the second half. Caudle hit 7-of-8 chances at the stripe.

Thirteen second-half turnovers hampered what could have been an even larger margin of victory for John Brown, which captured its first win over a top-10 ranked opponent this season in the victory.

Smith scored 16 points and Brandon Scott added 14 for a Drover team that struggled with its shooting touch. USAO finished the contest making just 22-of-65 (33.8 percent) after entering the game as one of the conference leaders, making better than 46 percent through the first 24 games.

The Golden Eagles return to action on Tuesday at Bacone (Okla.) that previews a three-game week, highlighted by visits from Texas Wesleyan and Southwestern A.G. (Texas) on Thursday and Saturday, respectively.