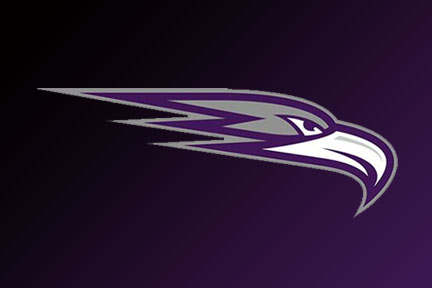 CLARKSVILLE – Collegiate Hall of Fame wrestler LeRoy Gardner III has been named the new head men’s wrestling coach at the University of the Ozarks, it was announced by Athletics Director Jimmy Clark.

Gardner, a native of Golden Valley, Minn., has been the head coach at University of Houston-Downtown since 2014, where he was named the 2016 National Collegiate Wrestling Association (NCWA) Southwest Conference Coach of the Year. There, he coached the university’s first All-American and Academic All-American. Prior to UH-Downtown, Gardner coached at the United States Naval Academy Preparatory School and Wartburg College. He wrestled at Wartburg where he was a three-time All-American and led his team to a pair of national championships. He was inducted into the National Wrestling Coaches Association Hall of Fame in 2010.

“We are thrilled to announce the hiring of LeRoy Gardner as our new head coach,” said Clark. “We will keep the program moving forward with this hire. Coach Zastrow did a great job, and now Coach Gardner has the opportunity to build upon that. Our goals in the athletic department are to recruit, retain and graduate student-athletes, and I know Coach Gardner will accomplish this. He appreciates the NCAA Division III experience, and understands the value of education and being involved within the community. He is a great addition to the athletic department.”

Clark believes Gardner’s well-rounded experience will have a tremendous impact on the program.

“He has a varied coaching and professional background,” said Clark.  “He is an impressive guy. Recruits and their families will recognize how well-rounded he is. And, he is respected in the wrestling community.  He will represent the University of the Ozarks well and accomplish great things. We want to have our wrestlers qualify for the national tournament and achieve All-American status.”

Gardner developed the first comprehensive wrestling development program for the United States Naval Academy Preparatory School and served as its head coach from 2006-2009. There he coached four NCWA national champions and 11 All-Americans. He also was an assistant coach at Wartburg from 2003-2005, helping the program to back-to-back NCAA Division III national championships. The program produced 16 All-Americans during his tenure.

“It is an honor to be the head coach at the University of the Ozarks,” said Gardner. “The credit goes to President Richard Dunsworth, Athletic Director Jimmy Clark, Coach Jason Zastrow and wrestling supporter Greg Hatcher for laying the groundwork and developing the program’s vision of the future. It is clear to me the university’s support for its student-athletes is tremendous, and that’s priceless. I really see the value in education and athletics, and being able to share that with potential student-athletes is exciting to me.”

“Ozarks has a small-town community feeling with a beautiful outdoor setting,” he said. “This is a great place to focus academically and wrestle collegiately. I want to convey all the positive attributes I learned as an NCAA Division III student-athlete and teach that here. The student-athletes here will appreciate the university’s support and see what is possible when the campus community is behind them. I want our student-athletes visible in the community.”

As a wrestler, he earned honors on the international stage, placing eighth in the 2002 Fila Junior World Greco-Roman Championships and fifth in the 2002 U.S. Senior World Team Trials. He was inducted into the Wartburg Sports Hall of Fame in 2013.

“As their coach, I want my student-athletes to know I am in their corner, and that I care about them beyond the mat,” he said. “I want them to trust me, and I want them to reach their goals, both on and off the mat. I want my student-athletes to realize by putting in the time and work, they have a chance to be successful, and that carries into other things off the mat.”

Gardner received his bachelor’s degree in psychology from Wartburg in 2003. He earned his MBA in finance from University of Rhode Island. Gardner serves as an officer in the United States Navy. He and his wife, Suzanna, are the parents of one son.

Gardner takes over for Zastrow, who is pursuing a family opportunity in Ohio.