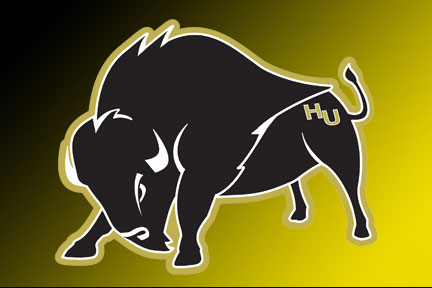 Harding has the tie breaker over Ouachita which will give them the No. 1 seed in the upcoming GAC Tournament held in Hot Springs, Ark., Nov. 17-19. The Lady Bisons will face the No. 8 seed Southeastern Oklahoma on Thursday. Time is still yet to be determined.

After the match, the Lady Bisons recognized Abigail Glosup, Sara Smith, and Bianca Trevino for their contributions to the Harding volleyball program.

Harding took a 7-3 early lead in the fourth set until Arkansas-Monticello battled back to pull within one 10-9. The Lady Bisons only allowed the Blossoms to scored five more points as Harding won 25-14. The Lady Bisons had 15 kills in the set and hit .333.

It was Harding’s third GAC regular season championship. The Lady Bisons also won in 2012 and 2013.

Harding had 10 team blocks in its second straight match. The Lady Bisons had 13 at Arkansas Tech on Tuesday.

Arkansas-Monticello had 42 kills and Harding forced 25 attack errors as the Blossoms hit .129 in the match.

Harding was led by Emily Clayton who had 13 kills and hit .435. Zoe Hardin, the reigning GAC Defender of the Week, had 11 kills and five blocks. Emma Reeves added 10 kills for the Lady Bisons.

The Lady Bisons defense was led by Taylor Lake and Madison Poen who each had 15 digs.

Arkansas-Monticello was led by Maggie Pyles who had 12 kills and hit .290. Macy Mitchell led the defense with 19 digs.