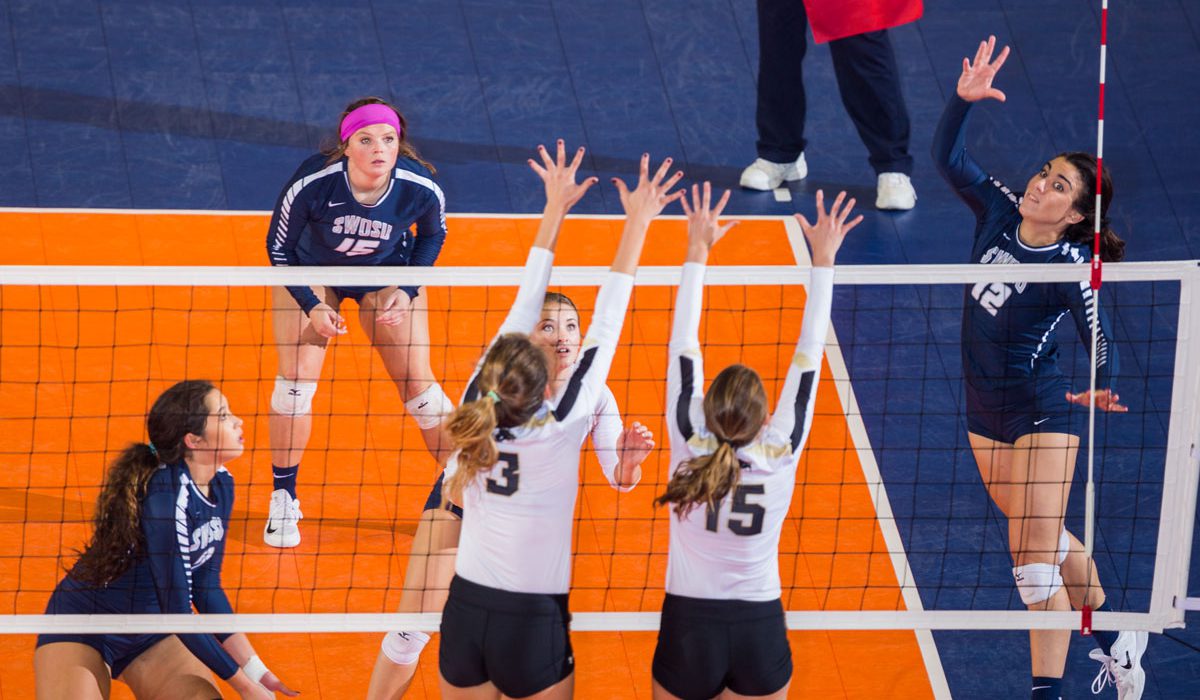 HOT SPRINGS, Ark. – The Harding volleyball team defeated Southwestern Oklahoma 3-1 (25-12, 25-17, 23-25, 25-13) Thursday in the first round of the Great American Conference Tournament at Bank of the Ozarks Arena. The Lady Bisons had 14 team blocks which tied for the most in the NCAA era in a conference tournament match.

The Lady Bisons, the No. 2 seed, advances to play No. 3 seed Oklahoma Baptist Friday at 3:30 p.m., in the semifinals of the GAC Tournament.

Harding improves to 26-5 overall and Southwestern Oklahoma falls to 13-20 overall.

Trailing 5-3 in the first set, Harding went on a 17-4 run to lead 20-9. The Lady Bisons won the set off a kill and a service ace by Zoe Hardin. Harding held Southwestern Oklahoma to hitting -.062 in the set.

With the second set tied at four, Harding went on a 5-1 run on three kills. After a 3-0 run by Southwestern Oklahoma to make it a 10-8 set, Harding didn’t allow the Bulldogs to get any closer than three as the Lady Bisons won 25-17.

– Taylor Mounts had 11 kills for Harding.

– Rachel Heussner captured a double-double with 48 assists and 17 digs.

– Taylor Lake led the defense with 22 digs. Madison Poen had 14 digs, Selena Foster had 13 and Taylor Eubank had 12.

– Southwestern Oklahoma hit .045 in the match and had 33 attack errors.

Head Coach Meredith Fear: “I feel good about the effort the ladies put forth today. Southwestern Oklahoma made some smart changes in the third, but we adjusted and got the win.”