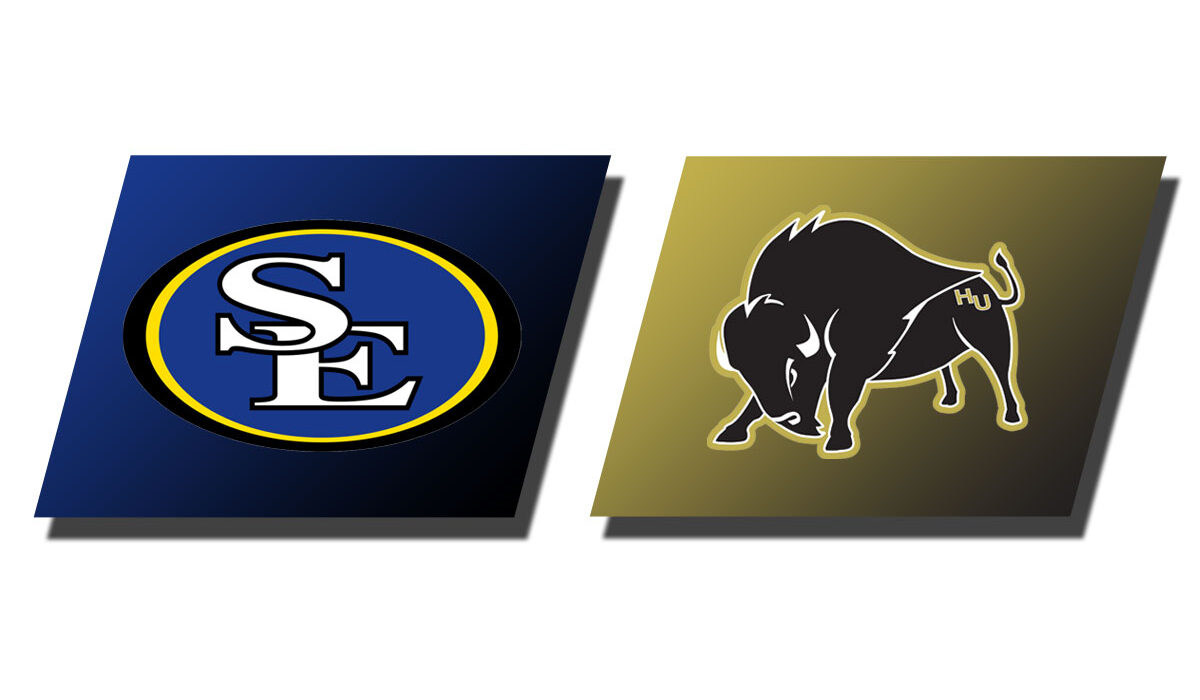 SEARCY – In a game that had 17 lead changes, Harding grabbed the lead for good on a Taylor Currie jumper with 9:35 left and the Bisons held off a late charge from Great American Conference leader Southeastern Oklahoma upsetting the Savage Storm, 76-73, Saturday at the Rhodes-Reaves Field House.

Harding snapped a four-game home skid with the victory and improved to 4-8 overall and 2-4 in conference games. Southeastern Oklahoma had a nine-game winning streak snapped and fell to 9-2 overall and 4-1 in the GAC.

“The guys came out and had great energy and great focus,” head coach Jeff Morgan said. “Who knows where it will go from here, but I really feel like this team is buying in and believing in each other.”

Currie’s jumper gave Harding the lead 57-56, and the Bisons pushed their advantage to eight at 71-63 with 3:51 left on two Stetson Smithson layups.

Southeastern scored the next seven points and cut the Harding lead to 71-70 on an Ante Brzovic dunk with 1:25 left. Harding ended the run with another Currie layup at the 1:05 mark, and Sam Henderson made a 3-pointer with 21 seconds left to push Harding’s lead to 76-70.

Southeastern’s Adam Dworsky came right back with a 3-pointer, but the Savage Storm missed two 3s late that could have tied the game.

Harding limited Southeastern to a season-low 37.5% shooting. The Savage Storm had not shot below 43% in a game this season. Southeastern also had a season-high 14 turnovers.

Currie and Smithson led Harding with 20 points each, and Ramiro Santiago added 10.

Kellen Manek led Southeastern with 21 points. Brzovic had 17 points and 17 rebounds for the Savage Storm.

Harding had one of its best first halves of the season, leading 39-37 at the break. Southeastern, one of the best 3-point shooting teams in Division II, made only 7 of 22 (32%) in the first half, and Harding held a 20-12 advantage in the paint with only three turnovers.

The lead changed hands 11 times in the first half.

Harding returns to action Thursday for its first Oklahoma road trip in two years. The Bisons will take on Oklahoma Baptist in Shawnee and will play Southern Nazarene Saturday in Bethany.