Harding winning streak up to 25 with sweep of Southeastern 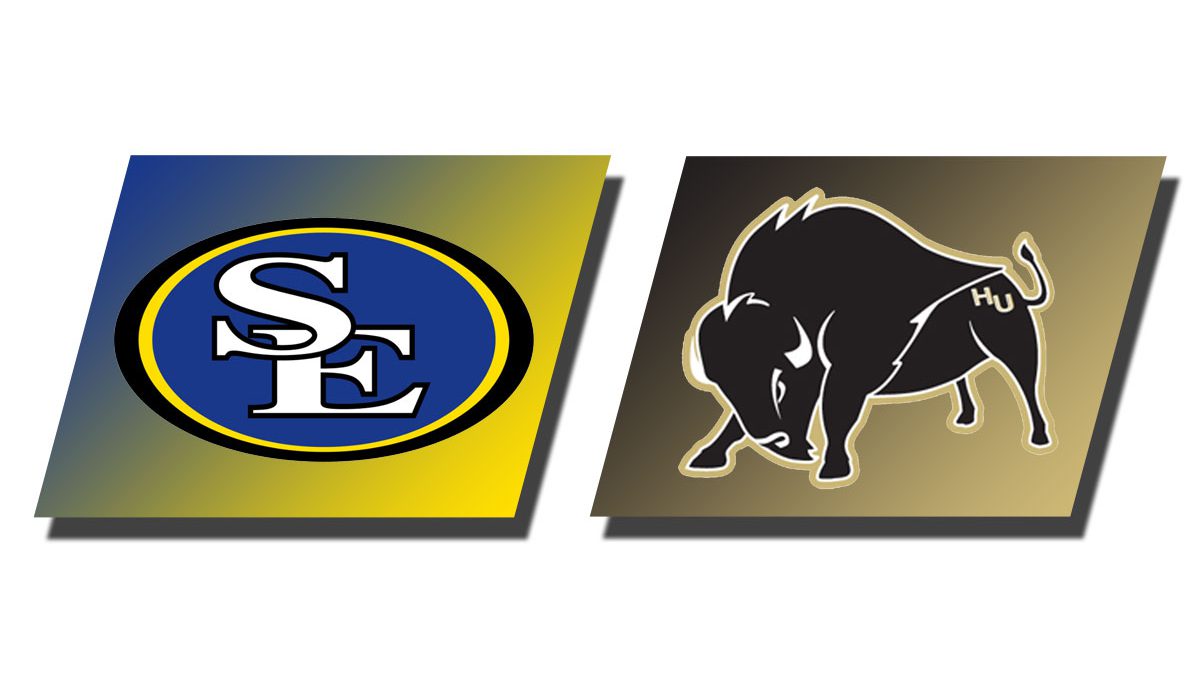 SEARCY – The 6th-ranked Harding softball team swept Southeastern Oklahoma on Saturday in Great American Conference action. It marked the fifth GAC series sweep of the season. The Lady Bisons got a walk-off hit by Autumn Humes to win game one 4-3 in 12 innings and in game two, Harding won 8-0 in six innings.

Harding moves its GAC record winning streak to 25 games after the doubleheader sweep.

– After four scoreless innings, Harding got on the board first when Madi Trump walked with the bases loaded.

– Southeastern Oklahoma answered back in the top of the sixth when Destiny Riddle hit in a single through the left side to score Symphoni Shomo.

– The Savage Storm broke the 1-1 tie in the 11th when Connor Harmon scored on a ground out.

– Harding tied the game in the bottom of the inning when Kimmy Hendricks-Campbell hit single to score Courtney Derrick.

– Southeastern Oklahoma scored another run in the 12th when Thompson hit a double to center field that scored Symphoni Shomo.

–  Courtney Derrick singled in Harding’s first run in the 12th and with the bases loaded Autumn Humes hit a single to left field that scored Derrick.
Game One Key Statistics

– Harding had 12 hits in the game with four players with two.

– Southeastern Oklahoma had 13 hits led by Symphoni Shomo who went 5-for-6 with two runs scored.

– Harding has a 4-1 record in extra innings this season.

–  Hannah Johnson picked up the win for Harding to improve to 17-1. She threw the complete game, gave up 13 hits, three earned runs, walked two, struck out four and threw 156 pitches.

– Emily Cudd received the loss and falls to 11-8 on the season. She threw 11 1/3 innings, gave up four earned runs, walked three, struck out one and threw 140 pitches.
Game Two (No. 6 Harding 8, Southeastern Oklahoma 0)

– Harding made it a 1-0 game in the first when Courtney Derrick scored on a RBI ground out by Peyton Mills.

– Harding scored another run in the fifth when Amanda Berdon walked with the bases loaded.

– The Lady Bisons made it an 8-0 game in the sixth. With one out and the bases loaded, Peyton Mills hit a double to right center that scored the winning runs.
Game Two Key Statistics

– Harding had six hits in the game with Courtney Derrick and Peyton Mills each going 2-for-3.

–  Kimmy Hendricks-Campbell‘s four RBIs was her first of the season. It was fourth by a Lady Bison.

– Southeastern Oklahoma had five hits led by Kennedy Salyers who went 2-for-3.

– It was the Lady Bisons 14th shutout of the season.

–  Autumn Humes got the win and improves to 15-1 on the season. She picked up the complete game shutout. It was her seventh of the season. She gave up five hits and struck out 11. It was the third time this season Humes has struck out 10 or more batters. She struck out a season-high 12 against Minnesota State Mankato.

– Ashley Moore received the loss for Southeastern Oklahoma. She falls to 1-5 on the season. Moore walked five and struck out two.

– Harding will travel to Russellville, Arkansas on Tuesday to play the first half of its four-game GAC series against Arkansas Tech. First pitch is scheduled for 4 p.m.