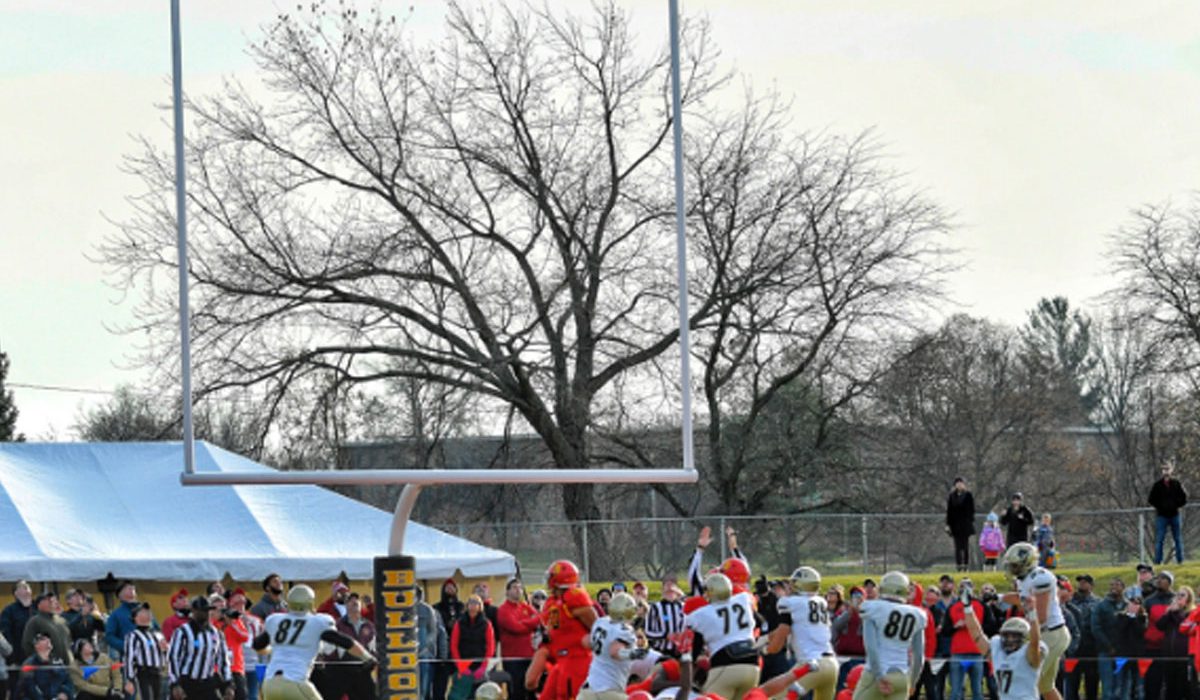 BIG RAPIDS, Mich. – Tristan Parsley had been here before. Last season, he made the game-winning field goal in the playoffs against Sioux Falls. Saturday, Parsley kicked the game-winning field goal from 20 yards out with no time left to give Harding a 16-14 victory over No. 10 Ferris State and send the Bisons into the national semifinals for the first time in program history.

After losing its first three games, Harding, the No. 7 seed in Super Region 3, has won 11 straight. The Bisons (11-3) have won four straight on the road in the last four weeks, the last three coming against teams ranked in the top 10 nationally. Harding will find out who its semifinal opponent is later Saturday. Ferris (11-2) had won nine straight entering Saturday’s game.

Harding trailed 14-13 when it took over at its own 35-yard line with 6:59 left. The Bisons converted two third downs and a fourth down early in the drive. A 4-yard run by Cole Chancey down to the Ferris 6 set up first-and-goal. Quarterback Terrence Dingle reached the 2-yard line on the next play, and Chancey pounded down to the 1 with 6 seconds left.

Harding called two timeouts before Dingle took a snap and moved four yards to his right before taking a knee and calling timeout with 3 seconds remaining. Parsley, who had missed from 39 yards out earlier in the fourth quarter, did not miss again and set off jubilation on the Harding sideline.

Harding had one very long and one very short scoring drive in the first half to take a 10-7 lead into halftime. The Bisons took the opening kickoff and marched 79 yards on 17 plays and took more than 10 minutes off the clock before Parsley kicked a 22-yard field goal.

Ferris State answered with a four-play drive highlighted by a 57-yard run by Jahaan Brown down to the Harding 2. Two plays later Davontae Harrington scored on a 4-yard run.

Harding’s only touchdown came after junior linebacker Sam Blankenship intercepted a pass at the Ferris 30 and returned it to the 18. Chancey scored his 14th touchdown of the season from 1 yard out to give Harding a 10-7 lead with 14:19 left in the first half. The next six possessions from both teams resulted in punts.

Harding took advantage of another Ferris State miscue to take a 13-7 lead in the third quarter.

Harding’s Christian Witt recovered a muffed punt at the Ferris 25 early in the quarter. Parsley’s line-drive punt hit off the hands of returner Jajuan Pollock, and Parsley converted the turnover into a 37-yard field goal that gave Harding a six-point lead with 9:08 left.

Ferris took its first lead of the game with 5:04 left in the third. The Bulldogs had a 10-play, 86-yard drive that ended with a 10-yard touchdown run by Harrington.

Harding rushed for 303 yards and did not complete a pass for the third time in the last four games. Chancey led Harding with 86 yards on 26 carries and moved into third place on the Bisons’ single-season rushing chart with 1,239 yards. Grant Kimberlin rushed for 77 yards, Dingle had 60 and Shelley carried for 55.

Ferris’s offense averaged 441 yards per game but was held to only 221 by Harding. The Bulldogs gained only 97 rushing yards and 132 passing yards on 12-of-21 attempts.

Harding held the ball for more than 41 minutes, the 14th time the Bisons have won the time-of-possession battle this season.