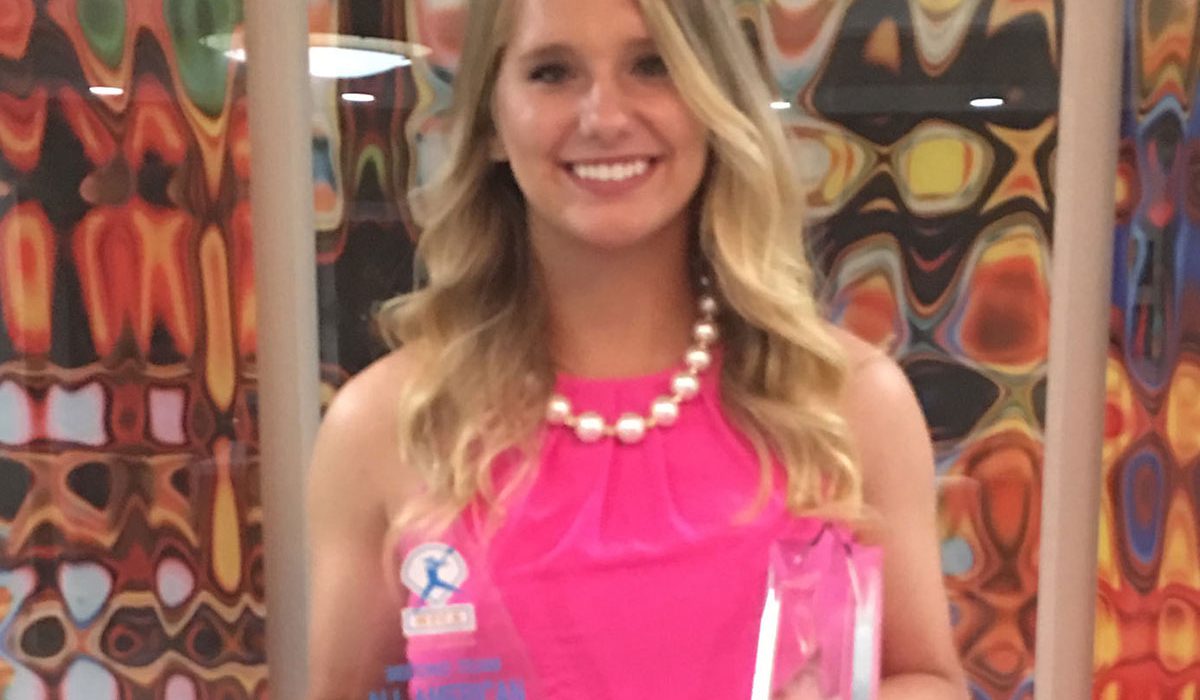 A second-team NFCA All-American and first-team All-Central Region selection, Humes was key in helping the Lady Bisons put together a record-breaking season for the young program. The rookie hurler helped the second-ranked Lady Bisons in the circle and at the plate, hurling a no-hitter in Harding’s first-ever NCAA Tournament game and keying their run to the Super Regionals as the Central Region’s top seed. Additionally, she was instrumental in the HU’s 58-9 overall and 40-4 conference records, both program records.

Garnering the Great American Conference (GAC) Freshman of the Year award, Humes is tied for first in the NCAA with 16 shutouts, while her 33 wins and 292 strikeouts rank third and seventh, respectively. She posted a 33-3 mark with a 1.19 ERA and seven saves, leading the GAC in those categories, while also holding opponents to a .176 batting average. Offensively, the Bald Knob, Arkansas, native hit .346 with 10 doubles, seven homers and 53 RBIs.

The award was created in 2015 to honor the outstanding athletic achievement among freshmen softball student-athletes throughout Division II. Dixie State’s Janessa Basset was the inaugural recipient and Colorado Christian’s Charlotte Romero earned the honor in 2016.