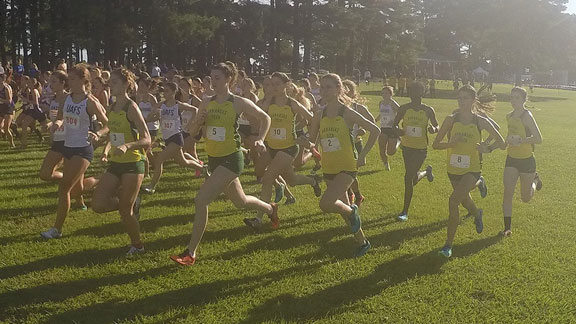 CONWAY – The Arkansas Tech cross country team put together some record-setting performances as the Golden Suns came away from the UCA Open with a third-place finish Saturday morning at Beaverfork Lake Park in Conway, Ark. 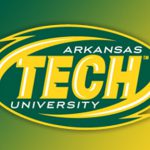 The Suns scored a 92 as a team in the 4K race, finishing ahead of conference foes Southern Arkansas, Ouachita Baptist, and Arkansas-Monticello as well as ahead of Division I schools Arkansas-Little Rock and Arkansas-Pine Bluff in the 11-team race.

Cami Hedstrom pitched another head-turning performance, setting the Golden Suns individual record in the 4K with a time of 15:27.5 and coming away with a ninth-place finish. Hedstrom broke the previous record of 15:45.67 set by Eimear O’Brien back in 2005. Hedstrom also got the opportunity to run against her twin sister, Carmen Hedstrom who competes for Arkansas-Fort Smith.

Shannon McLaughlin also cashed in on a 15th place finish, crossing the finish line in 15:36.1 and setting the Golden Suns’ second-best time in the 4K. Amy Riera came away with 17th(scoring 16th) with a time of 15:45.9, setting the fourth-best 4K mark in Tech history.