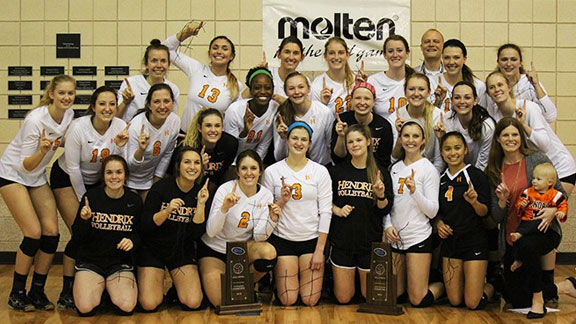 The #25 Warriors (24-7), also the defending three-time SAA regular season champion, will await to see where they will be sent for the NCAA Division III Tournament. The selection show will be held at 11:30 a.m. Monday at NCAA.com/liveschedule. There will also be a watch party for the selection center in the Hall of Honor Room in the Wellness and Athletics Center.

Junior middle blocker Sara Dyslin was named the Tournament MVP. She was also the SAA Player of the Year. Warrior senior setter Allison Gaia and junior right side Bradi Ryan were also selected to the All-Tournament Team.