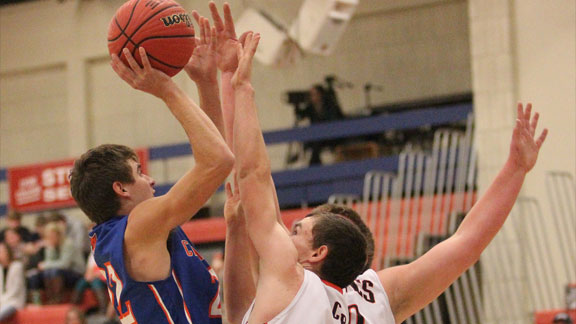 There will also be games Thursday through Saturday, with the championship tilts set for Saturday.

Bald Knob held a 34-15 halftime lead over Salem, but Salem fought back and kept things interesting in the end. Down the stretch, Salem trailed by just three points, but Bald Knob was able to sink two free throws in the final 10 seconds to win the dogfight and keep the Greyhounds from taking the lead. The Bulldogs won the game 59-55 over the Greyhounds.

Salem was led by a 24 point performance from Stephen Shoup, while Cameron Shaver added 13 points. Logan Jewell also scored double figures with 10 points for the Greyhounds.

The Bulldogs advance to the second round where they will take on Cave City High School Thursday at 6:30 p.m., at Lyon College. Salem will play Thursday at 5:45 p.m., at Southside High School.

The Calico Rock boys team fended off the Cedar Ridge boys team, after holding a slim 22-14 lead at halftime.

Logan Dickerson and Luke Dickerson each posted 14 points for Calico Rock, while Brenden Sneathern had 11 points.

Calico Rock will advance to play Mountain View High School on Wednesday at 6 p.m. at Lyon College. Cedar Ridge will play at 4:30 p.m., on Thursday at Southside High School. 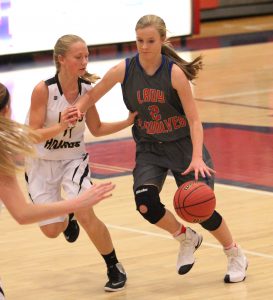 The Lady Greyhounds ran away from the Timberwolves Monday night inside Becknell Gymnasium with a 54-23 decision. Salem had a 36-14 lead at halftime before an 18 point outburst in the second half to clinch the victory.

Cedar Ridge was led by an 11 point performance by Ashley Dubreville, while Grace Carter had four points. Hannah Henley and Kailee Gooch had each posted three points, while Morgan Galloway had two points.