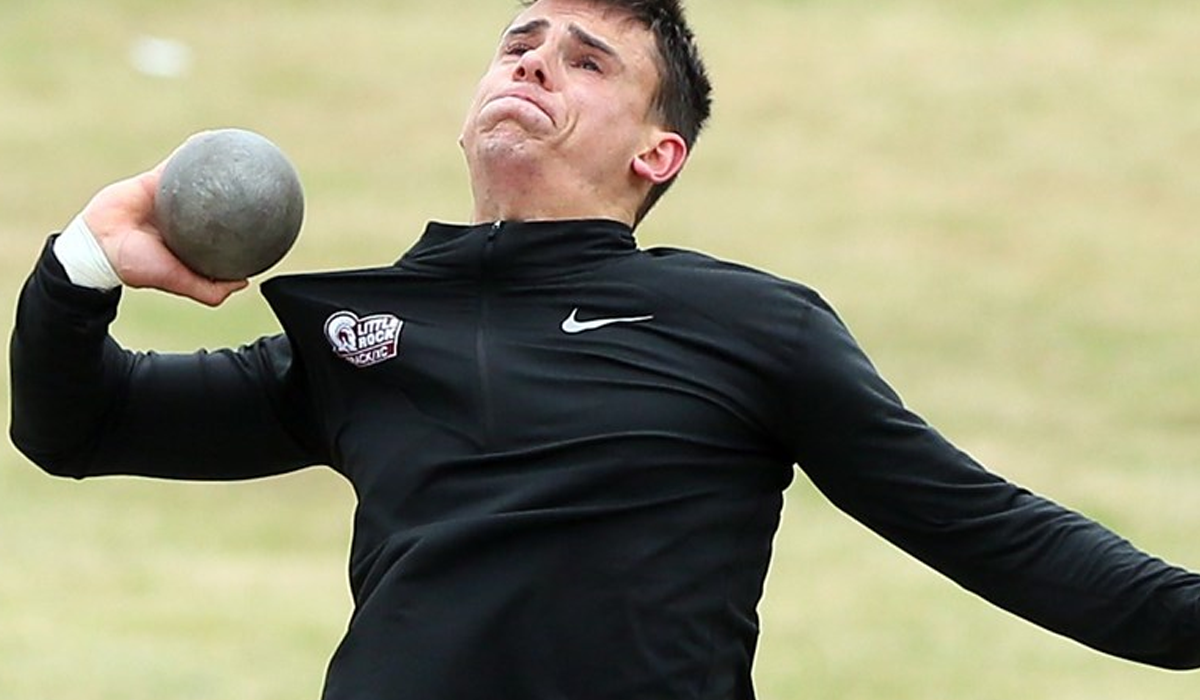 Holzmueller entered Saturday in eighth place with 3,489 points after five of the 10 decathlon events — 2,486 points shy of the school record. He began the day by placing eighth in the 110-meter hurdles with a time of 15.71 and then took 10th in the discus throw with a mark of 30.47 meters. Holzmueller shined in the pole vault as he finished second with a mark of 4.50 meters — the second-best mark in program history. After finishing 12th in the javelin throw, Holzmueller ended the decathlon by finishing first in the 1500 with a time of 4:40.98. The 1500 win was more than enough to break the school record as he finished with 6,515 points and took seventh-place overall.

In other action, Jalen Black set a personal record in the 400 prelim with a time of 48.52. The time was good enough 11th and was the ninth-fastest in program history. Ch’kilas Calhoun took 15th in 49.41 seconds.

Charles Okeze tied for 13th in the 100-meter prelim with a time of 10.488 seconds. Keshawn Andrews finished 16th in 10.58 seconds to claim the ninth-fastest time in program history. Also claiming a top-10 spot in program history was Travion Clark as he finished 19th in 10.598 seconds. Jaelon Gossett was 24th in 10.76 seconds, and Emmanuel Olie was 27th with a personal record of 10.83 seconds.

The Trojans will conclude the Sun Belt Outdoor Track and Field Championships on Sunday beginning at 2 p.m. Live coverage on ESPN3 is set to begin at 5 p.m. (CT).