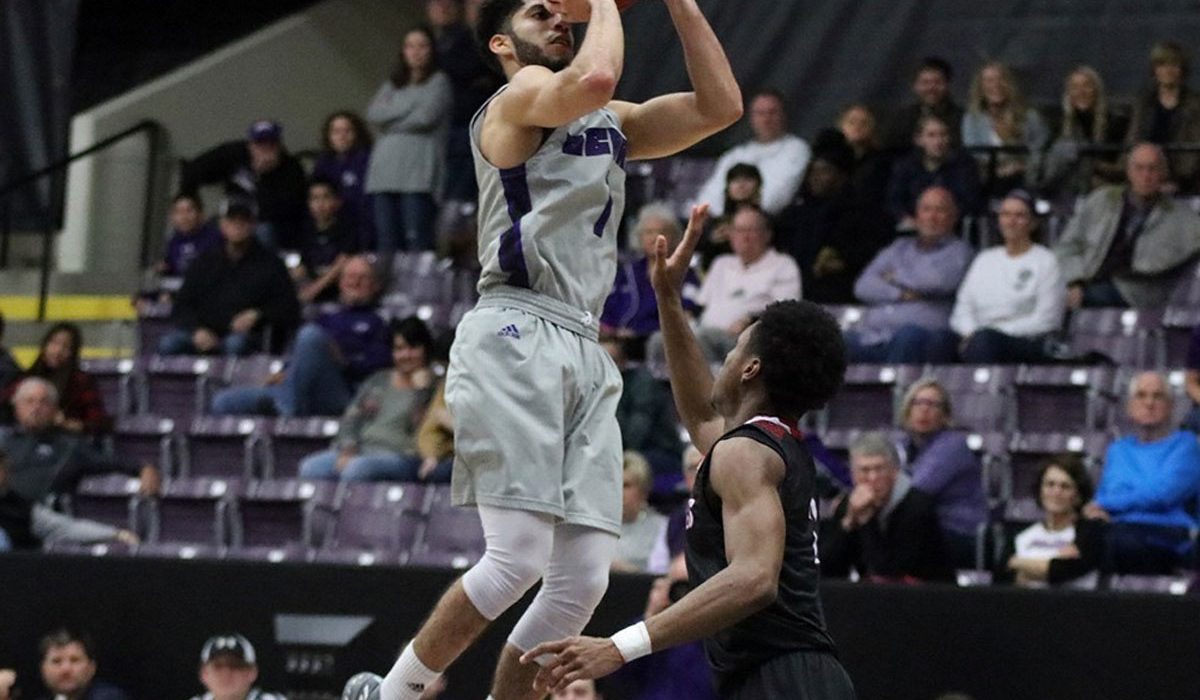 SAN ANTONIO, Texas – The most decorated men’s basketball player in University of Central Arkansas history will get to represent the Purple and Gray one more time at the NABC Reese’s College All-Star Game on Friday in conjunction with the NCAA Final Four.

UCA graduate Jordan Howard was one of 20 players named to the All-Star teams and will compete at 3:35 p.m. Friday at the Alamodome on CBS Sports Network.

Howard, the career scoring leader at UCA and in Arkansas Division I history, will pay for the East All-Stars, coached by Yale University head coach James Jones. His brother Joe Jones from Boston University will coach the West team. Howard is joined on the team by players from Creighton, Clemson, UCLA, TCU, Bucknell, Davidson, Colorado, Winthrop and St. Bonaventure.

Howard scored in double figures in 120 of his 124 career games at UCA and made at least one three-pointer in 120 of 124 games. He led the SLC in scoring this season at 25.1 points per game led the nation in total points scored at 880. Howard was the active career scoring leader in the NCAA and was second in three-pointers.