HSU wins Battle for the Belt 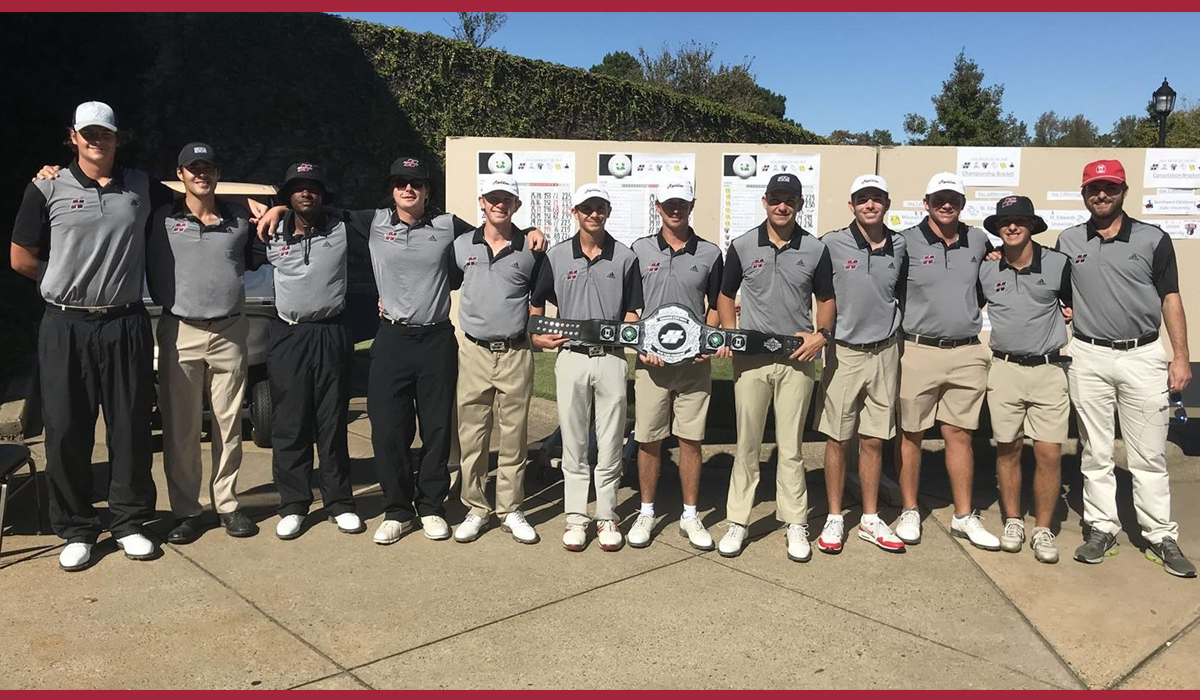 HOT SPRINGS — Henderson State won four of its five matches on Tuesday against St. Edward’s to defeat the Hilltoppers, 4-1, and win the Battle for the Belt for the second-straight season.

The Reddies had three players shoot even-par or better in the win. Nick Shapiro had the best round of the day by any single player with a 4-under 68 to defeat Carlos Tercero of St. Edwards, who shot 78. Mitchell Ford edged the Hilltopper’s Andrew Zobal, who shot 74, with a 1-under 71, while Stuart Krog turned in a score of even-par 72 to outlast his opponent Jake Livermore, who shot 75.

Shapiro finished second overall as an individual at the tournament and finished 2-under par in three rounds of play. Jackson Cole and Ford each tied for sixth place, while Krog tied for eighth.

Henderson finished 2-0 in the medal match play-style format of the event with wins over Winona State and St. Edward’s.

The Battle for the Belt win concludes the fall schedule for the Reddies, who play next at the Newberry College Invitational in Kiawah Island, South Carolina on Feb. 17-18.