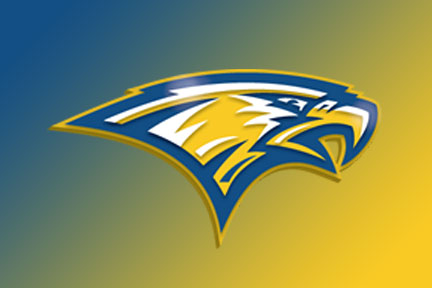 JBU kicked off the 2015-16 with a 5-1 record, including a narrow two-point loss to upstart Avila (Mo.). After suffering through a difficult five-game losing skid in which the margin of defeat was just 4.2 points per game, John Brown responded with a 6-4 stretch over the next 10 contests, including key victories at Oklahoma City and Southwestern Christian (Okla.). With an eight-game skid broken with the regular season finale at home against Science & Arts (Okla.), JBU took the season series with St. Gregory’s (Okla.) in the first round of the SAC Tournament before finishing the season with a loss to top-seeded No. 8 Texas Wesleyan in the quarterfinals.

With the three additions, the Golden Eagles will look to replace losing two of its top scorers to graduation, including All-Conference honorees in Brady Griffin (14.6 ppg) and Luke Moyer (15.0 ppg).

“After graduating some key contributors from last year’s team, losing two of our leading scores and one of the best shot blocker’s in the country in Nate (Anderson), we have done a tremendous job of not just reloading with guys to fill those spots, but also by adding players who are going to be great fits here in our program and our culture,” said Beschta. “We are bringing in a class of young men who will make an immediate impact on our program. All will compete for valuable minutes from the start.”

Samuel Egedi transfers to John Brown after a pair of successful junior college stops at Camden County College (N.J.) and most recently at Trinidad State (Colo.). As a freshman, the 6-foot-4 swingman helped lead the Cougars to a 17-12 record, including a 21-point, eight-rebound performance in the Region XIX championship game. After averaging just shy of eight points and just over four boards a game, Egedi moved on to Trinidad State, where he saw action in 28 games and shot over 50 percent from the field.

Egedi enjoyed a storied prep career in the United Kingdom where he represented South England in the U16 and U18 divisions. He also was a member of a Bucks Hornets advance to the National Club Elite 8.

“Sam was a big addition for us after losing Griffin (Brady),” admitted Beschta. “Sam is incredibly strong and athletic, and his versatility at the forward spot allows him to guard multiple positions as well as influence the game on the offensive end in several ways. We are excited about what Sam can bring to our team because we know that he is capable of so much more than he has even done during his time in junior college. Sam will have the opportunity to be a special player here at JBU and be a leader within our program.”

DJ McGee will enter his freshman season at JBU after a highly-successful prep career at Prestonwood Christian Academy in Plano, Texas where the 6-foot-0 guard led the Lions to four consecutive TAPPS state titles. Under head coach Chris Lovell, the Dallas native accumulated over 1,000 points, punctuated by a senior campaign that featured over 16 points and seven assists per contest. As a result, McGee was honored with All-District and All-State accolades in both his junior and senior seasons.

“DJ fit another immediate need we had at the point guard spot,” Beschta added. “DJ had the opportunity at Prestonwood to play with and against an extremely high level of competition, along with playing for some tremendous coaches whom I know and trust. While we brought him in with the idea of playing point guard, he has the ability to play effectively on or off the ball. DJ comes in with skills that make him ‘college-ready’ and will be competing for big minutes at the guard spots for us. He is going to have a great career at JBU.”

Brenton Toussaint suits up for John Brown this fall, succeeding a four-year career at Lakeview High School (La.) under head coach Brian Williams. The 6-foot-5 forward was a member of a Gator squad that captured two LHSAA state runner ups, including a trio of district championships. While at Lakeview, Toussaint and the Gators were named a preseason Top-5 team in the nation by MaxPreps. The Clarence, La. native was named to the All-District team twice and made a pair of appearances at the All-Star Game, where he earned two Dunker of the Year honors.

After graduating from Lakeview, Toussaint spent his gap year suiting up for the Link Year Lions, a nine-month program that high school graduates attend to develop strengths and Christian leadership abilities through life-changing experiences, Godly relationships and spiritual training. Toussaint led the team in rebounding (9.3 per game) under the tutelage of head coach and Link Year Lions founder, Adam Donyes.

“Brent was a late pick-up for us in the spring who we are really excited about,” Beschta admitted. “He plays with the strength of a player much older and enjoys contact. He is an extremely tough competitor whose talent, strength and abilities will make him one of those guys we want on the floor because he just flat-out makes us better. Brent will make in instant impact and have a chance to be a special player in this league.”

The Golden Eagles will open the 2016-17 campaign against Central Baptist (Ark..) on Oct. 29 at Bill George Arena. The tip with the Mustangs, in the annual Toilet Paper Game, is scheduled for 7 p.m.