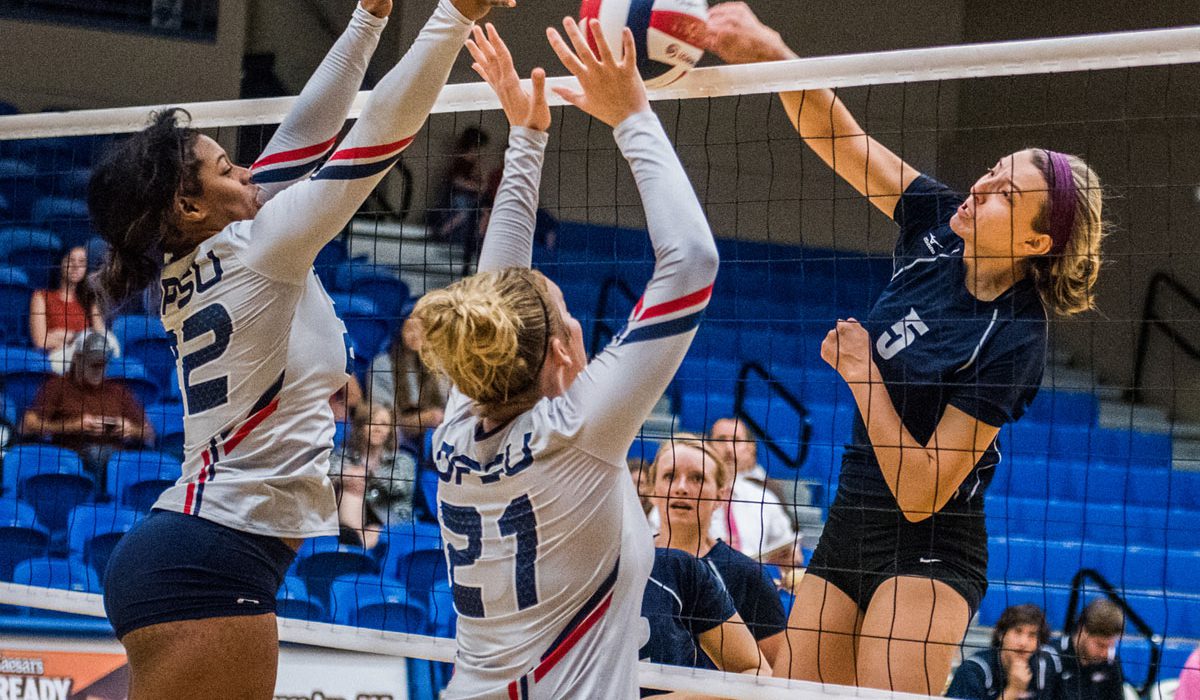 SILOAM SPRINGS — Sophomore Carly McKinney and Jessica Meyer combined for 23 kills and the John Brown University offense chugged along at a .346 percentage as the Golden Eagles made quick work of Oklahoma Panhandle State on Saturday morning (Oct. 7), downing the Aggies in straight sets inside Bill George Arena.

McKinney’s eighth double-double powered the JBU offense, aided by 13 digs and a pair of blocks. Meyer’s 11 terminations came on a .474 hitting percentage as she added four blocks in the win.

Junior Bayli Reagan pieced together one of her finest outings of the season, notching eight kills without committing an error (8-0-24) and sophomore Kinzee Mayo contributed a career-high seven kills, hitting .600 (7-1-10) on the match.

“I’m really proud of how our team came out this morning and played in a short turn around situation,” head coach Ken Carver commented. “Both teams played five-set matches last night, so energy and the ability to focus were going to be primary factors in the winning team’s success in the match. Our team came out with a different focus and energy due to our pre-match activities and was able to translate those things into very positive and efficient results.

“We were able to execute in all facets of the game and where we struggled with consistency last night, we played very steady and effectively this morning. Our offense output was in balance due to our consistency in serve-receive where Alyssa (Arnold) was able to run a lot more combination plays, which confused OPSU’s defense.”

Senior Alyssa Arnold finished with 37 assists, totaling 81 this weekend, and added a pair of service aces. Senior Beth Brankle led all players with 17 digs while posting a trio of helpers.

JBU will now travel to Oklahoma City for a pair of weekend tilts with Science & Arts (Okla.) and Mid-Amerca Christian (Okla.) on Friday and Saturday, respectively.