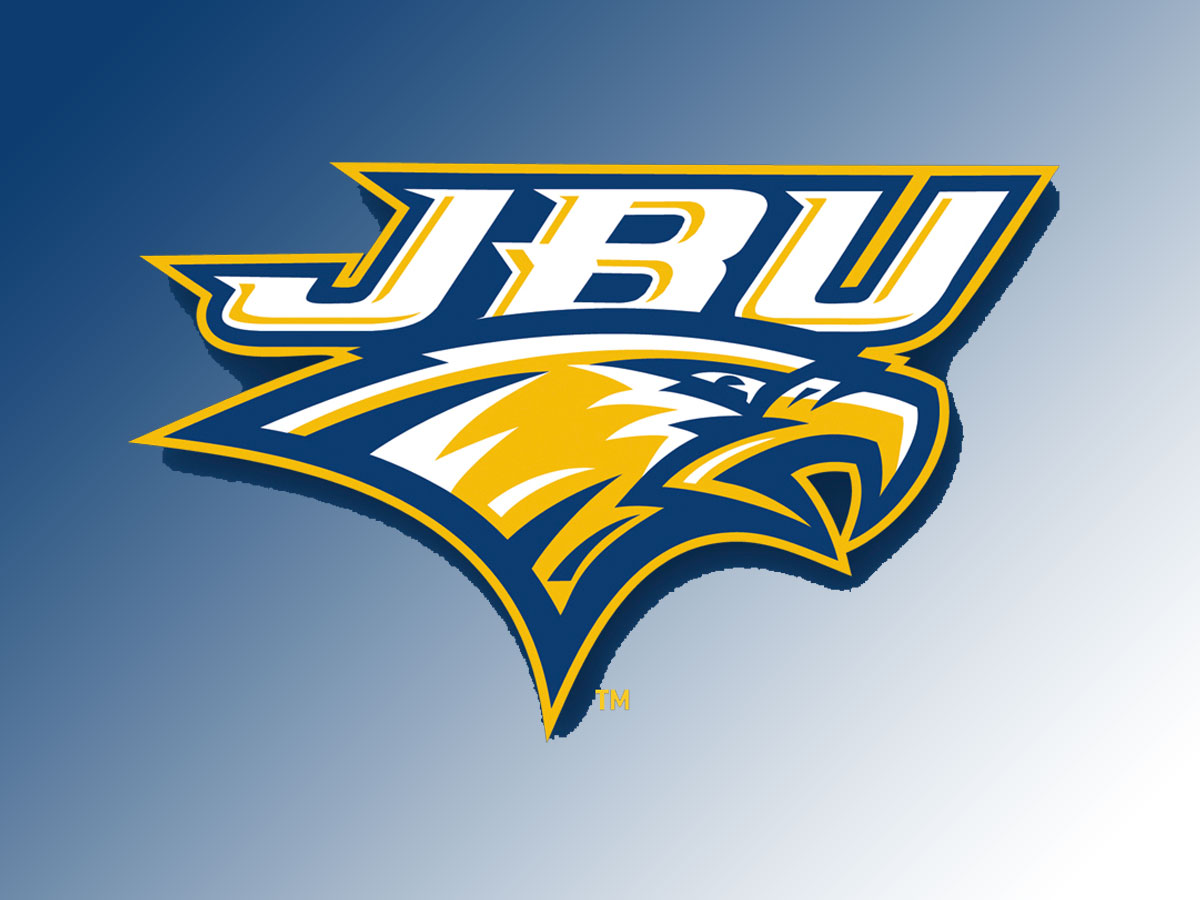 SILOAM SPRINGS – The No. 18 John Brown University women’s basketball team sank six triples in the first quarter and built a commanding 28-5 lead after the first quarter and used 17 total treys in the contest to start 2018 off with a decisive 103-27 victory of Central Christian of the Bible (Mo.) inside Bill George Arena on Monday afternoon.

The Golden Eagles (8-4) shot 17-of-35 from behind the arc, tying the third-most triples made in any game in program history. Junior Karina Chandra was nearly unstoppable by knocking down 5-of-7 from long range, including a 7-of-9 effort from the field to pace the hosts with 19 points, six assists and five rebounds, helping JBU improve to 5-3 at home this season.

A pair of triples from senior Jana Schammel and another from sophomore Sara Williams bolstered an early 11-0 lead for John Brown before CCCB could find the scoreboard.

The Saints (2-7) dressed just five players as the quintet of players each logged the entirety of the 40 minutes, committing just three fouls in the contest.

Struggling from the field all afternoon, the visitors managed converting just 10-of-51 attempts from the floor (19.6 percent), while committing 24 turnovers and facing a 45-30 rebounding disadvantage.

JBU hit the 20-point mark in each quarter, led by a perfect shooting effort from the floor from junior Baily Cameron. Hitting 8-of-8, Cameron registered 17 points while Schammel finished with 14, marking a trio of players in double-figure scoring.

Senior Courtney Fine hit 2-of-2 from three-point range while Williams added a 3-of-5 mark from downtown.

Assisting on 32 of 42 field goals (76.2 percent), 13 of 14 players who saw action scored for John Brown, defensively, sophomore Ally Teague and junior Preslea Reece each registered a pair of rejections in the lopsided affair.

JBU closed out the non-conference portion of its 2017-18 slate with a 6-3 record against non-league opponents.

While the Golden Eagles were able to field 13 players after a two-week hiatus, JBU returns to action on Thursday (Jan. 4) when John Brown welcomes Wayland Baptist (Texas) back to Bill George Arena, this time for a Sooner Athletic Conference matchup at 6 p.m. The Flying Queens (9-1) sport a perfect 3-0 league record and just had its 9-0 start snapped with a 65-52 setback to No. 3 Campbellsvile (Ky.) on Dec. 21.

SILOAM SPRINGS – In his first-career start, freshman Nathan Corder shot 6-of-12 from behind the arc and scored a team-best 19 points, leading the John Brown University men’s basketball team to an 89-63 win over Central Christian of the Bible (Mo.) on Monday afternoon inside Bill George Arena.

With the victory, the Golden Eagles (7-4) finish non-conference play with a 5-3 record and improve to 4-3 at home on the season. John Brown will now finish the week with a pair of Sooner Athletic matchups, including Wayland Baptist (Texas) on Thursday (Jan. 4), followed by a matinee tilt with Oklahoma Panhandle State on Saturday (Jan. 6), both of which will happen in Siloam Springs.

Powered by 15 triples, the hosts shot 47.1 percent from the floor (32-of-68) and held a commanding lead in the rebound margin, 53-26, paced by 10 caroms from junior Marquis Waller and eight apiece from sophomores Mateo Habazin and Brenton Toussaint.

The visiting Saints (3-6) relied on five triples through the first five minutes to maintain a brief, yet steady lead on JBU. Once the visitors’ reliance on the long ball faded, a Josh Bowling bucket in the paint provided the eighth lead change early in the contest, giving the hosts a 17-16 advantage, and the lead for the rest of the afternoon.

Toussaint netted six points down the stretch while Caudle’s triple extended the JBU lead to a half-best 15 points at the 1:31 mark, handing John Brown a 48-33 lead just before the intermission.

The offense slowed in the second half, but the Golden Eagle defense held CCCB to just 31.3 percent from the floor (10-of-32) in the final period and leaned on Corder’s 4-of-7 mark behind the arc to prop up the offensive pressure in the final 20 minutes of play.

A 25-8 John Brown run over a 10-minute span in the second half produced the game’s largest margin at 34 points, 87-53, with just over five minutes remaining in the contest.

Junior Kristijan Joksimovic added 10 points on 4-of-8 shooting off the bench while Waller added 8 points and 10 boards.

The Saints featured four players in double-figure scoring, paced by Jaime Rodriguez’s 15 points on 7-of-10 shooting. Jesse Granados and Kedron Rollings each added 14 points while Chandler Gheen hit 4-of-5 from behind the arc to register 12 in the loss.