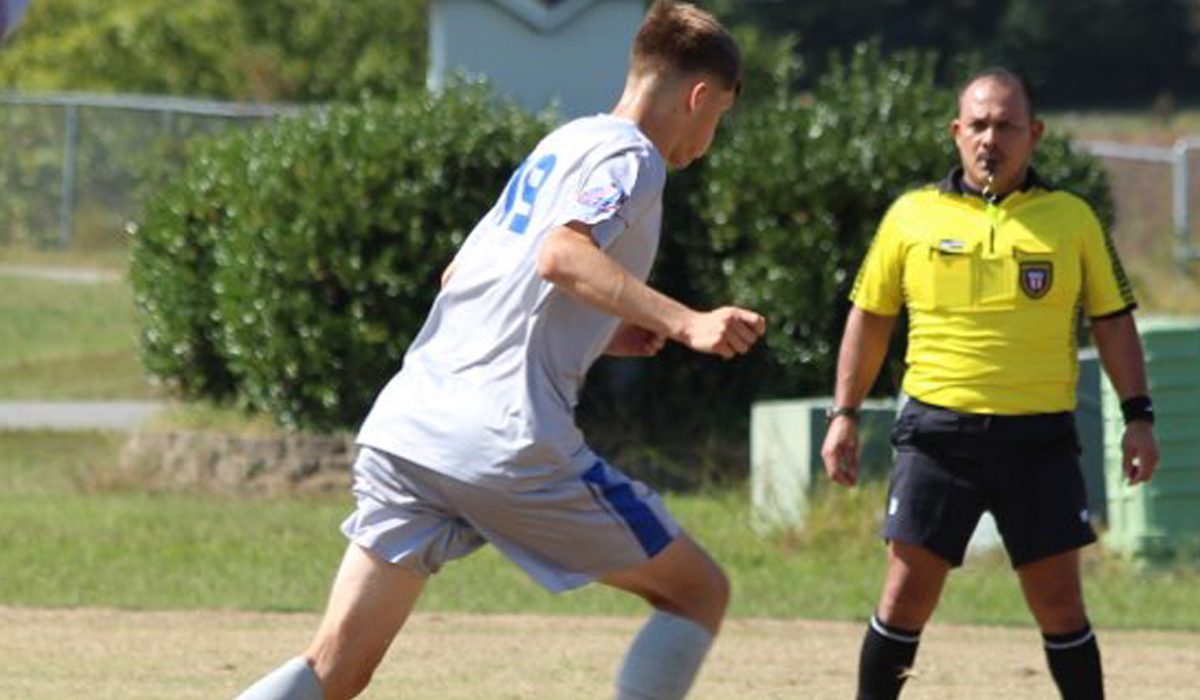 Lemus’ hat trick was the fourth in program history and the first since 2013. His first goal came two minutes into the contest on an assist from Alex Mendoza and Chris Orellana (SO/Fort Smith, Ark.) to make the game 1-0. Lemus would add his second goal on a penalty kick in the 21st minute to make it 2-0, which would be the score headed to halftime.

Ryan Lee (SO/North Little Rock, Ark.) would score a goal to make it 3-0 on assists from Beltran and Lemus in the 46th minute. Dan Mondragon (FR/Warren, Ark.) made it 4-0 on an assist from Ade Oshikoya (SR/London, England) in the 76th minute and Lemus finished his hat trick with his second penalty kick conversion in the 80th minute, making it 5-0. Andrew Montoya (JR/Rogers, Ark.) had a quiet day in net, making three saves, but also helping a defense that did not allow a shot in the second half.

Next up for the Mustangs is a trip to Columbia College on Saturday for an AMC tilt. Kickoff is set for 2 p.m. and you can find live coverage if you like Central Baptist College Athletics on Facebook and follow @gocbcmustangs on Twitter and Instagram.