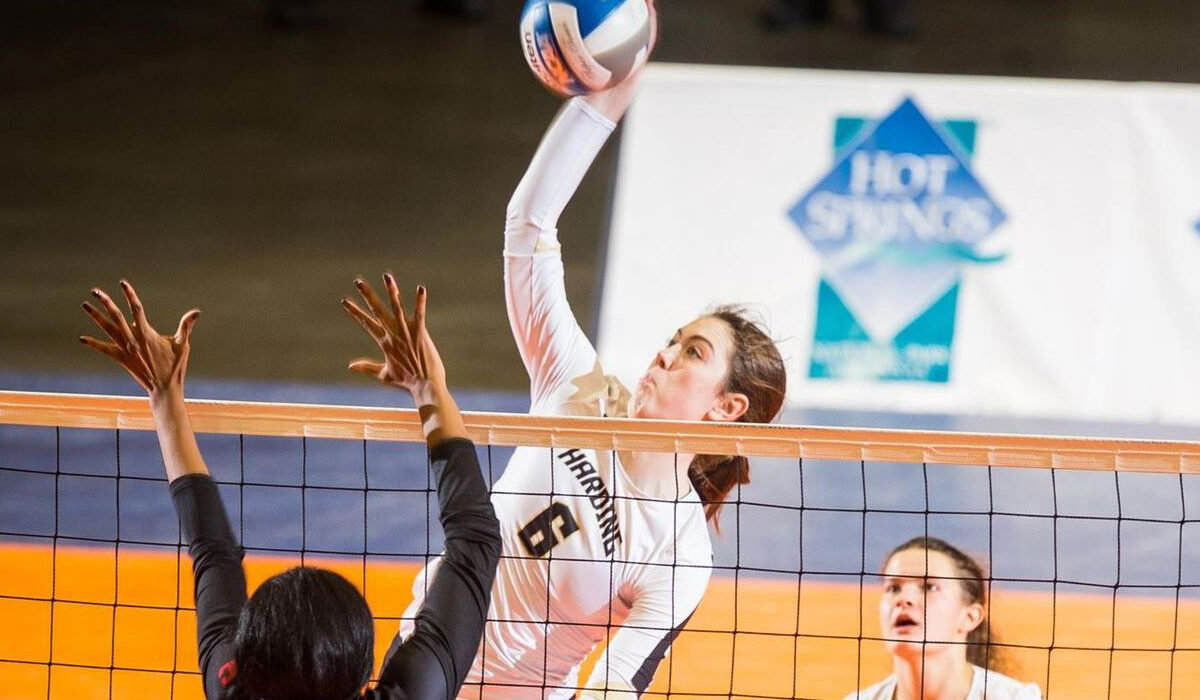 RUSSELLVILLE, Ark. – The Great American Conference announced the league’s Volleyball Players of the Week for the third week of the 2021 spring season. Arkansas-Monticello’s Katelyn Richbourg and Katie Pearson garnered the Defensive Player and Setter awards while Harding’s Libby Hinton earned the Offensive honor.

Richbourg spearheaded a stout defensive effort for the Blossoms in their four-set win against Ouachita on Tuesday. She recorded 41 digs as the Tigers produced just a .085 attack percentage. She became the second player in GAC history to tally at least 40 digs in a four-set contest.

Pearson helped the Blossoms end an 11-match losing streak to Ouachita as she recorded 48 assists in the four-set win on Tuesday. The 48 assists represented her career high for a three- or four-set match. After hitting a combined .065 in its first two matches, Arkansas-Monticello hit .257 against Ouachita.